They say history repeats itself and every year starts with a PS4 dongle jailbreak rumor, as in 2015, in 2016, another in 2016 and now to kick off 2017 the latest PlayStation 4 dongle rumor being that despite their Twitter being dead, the Facebook page of Team SGK is abuzz since news of PS4 4.07 Unlimited PSN Gamesharing by Xmax Katsu broke.

Now they're attempting to peddle everything from 1.76 / 3.55 PS4's to Raspberry Pi's, Teensys & PS3 Console IDs with the coup de grace being an alleged PlayStation 4 dongle USB device purportedly from China for playing PS4 game backups.

But wait.. there's more! They want you to Go to HeLL (specifically the HeLL Forum pictured below, and you'll need the Tor Browser to access this .onion link available only on Darknet / Deep Web) and then deposit 0.1 BiTCoin (@ash721 said $70 $91-92) to join the forum which they claim will be refunded after your first post or contribution.

As ironic as it would be if their dubious 'thing' used the same PS4 exploits that Chaitin Tech and Fail0verflow used but won't share, prompting either team to release theirs so that nobody in the scene would give good money towards their work to third-parties (Team SGK and the Chinese) it begs the question:

Why would ANYONE pay for ANYTHING such as this in 2017?!

Assuming it is legit (highly unlikely, moreso just a quick cash grab attempt) as soon as it's out in the general public the information, files, etc will be passed around faster than an iPhone 9 jailbreak for FREE just like everything else digital these days and scene developers will reverse-engineer and hack it to pieces.

Anyhoo, feel free to use this topic for the related discussion (meme's welcomed!) and if anyone out there does find out more on this supposed Chinese PS4 dongle being marketed by Team SGK by all means do enlighten us. 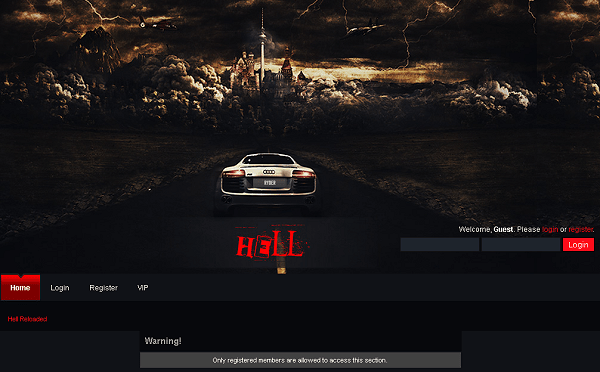 so i was searching about unlimited ps4 gameshare that we saw in our forum previously and i have found this facebook page Team SGK i ask them if they have the method and they say yes but i must buy the tools from them, Raspberry Pi and a chip so are they scammers or not did our devs know them ??

Senior Member
Contributor
if you are allowed to buy those tools from others, and they still want to help you installing and running the tricks, then they're not a scammer.

Staff Member
Moderator
Verified
Since the PS3 scene at least, Team SGK are considered by many as being folks that wait until someone else develops a feature or fix for their CFW and then Team SGK will take it and incorporate it into their own CFW... so I would say they are imitators, not innovators for the most part.

Team SGK tries their best and aren't complete 'fakers' like, for example TransAMGrafx would be widely considered, but their effort and skillset are minimal compared to other development teams in the scene so most don't bother with their releases.

As for them having a 'special method' chances are great it's just the same method that others in the scene (and on this site, such as Collectionps4 are claiming) and nobody wants to publicly reveal it out of fear Sony will block it like the Russian / Brazilian methods or European Method (which isn't blocked yet, is it?)

Staff Member
Moderator
Verified
Maybe they do... it definitely wouldn't surprise me if someone tried capitalizing on PS4 sceners by turning a private free method into a public paid one.

Update: It appears that's an old rumor from March 2015 which was confirmed fake

If you can find out any more from them on it, specs/pics/etc by all means share away... the sooner a dongle gets into the hands of scene developers, the sooner it can be reverse-engineered and made free and open-source as it should be

Developer
Senior Member
Contributor
Verified
fake and gay - till proof and video they will always be fake end of... @Abkarino maybe can help on this.