PS4 CFW and Hacks       Thread starter PSXHAX       Start date Jun 24, 2022 at 5:18 AM       11
Earlier this week researcher danielzuegner with help from MaxBandle shared via Twitter a script on his Github repository to control a Roomba robot vacuum cleaner and play MIDI songs using a PS4 DualShock 4 Controller... I bet all my fur babies would love this!

Below is a video of it in action, and from the README.md: Roomba with PS4 Controller

With this small project you can control your Roomba with a PlayStation 4 controller and play Midi songs.

Once your setup is complete, simply run:

Code:
and have fun! Steering is straightforward with the L3 analog stick. Vaccuuming can be turned on with R2. I've added a couple of songs to play on the square, x, circle, triangle, up arrow, and down arrow buttons.

If you want to teach your Roomba more songs, you can use midi_to_roomba.py to do so:

Code:
where TRACK_ID is the ID of the MIDI track you would like to export.

Simply add the output JSON into the SONGS_DICT in songs.py. 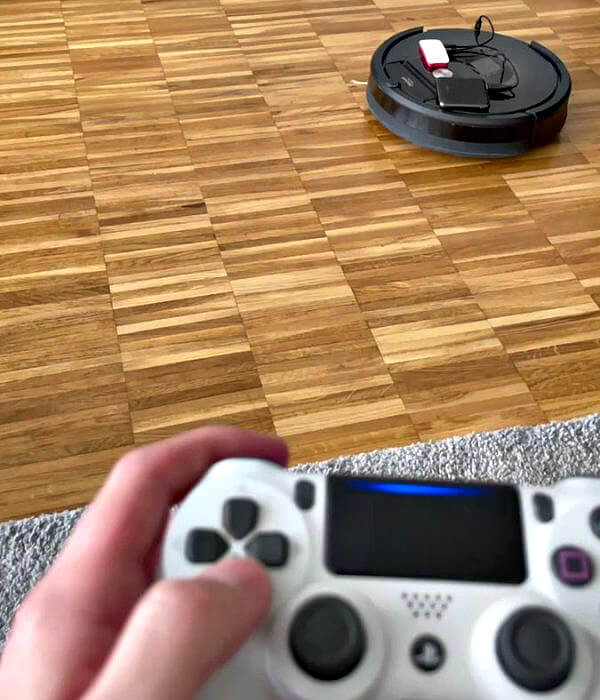 Senior Member
Contributor
Verified
That's pretty friggin awesome. Might have to cave in and buy a Roomba now...

Member
Contributor
Verified
I'm so sad we trashed our old Roomba right now.
This is amazing!

Member
Contributor
Verified
This is super cool! Love the Star Wars song! Must be a Sith droid! lol