The beta for the PlayStation 4 system’s next major system software update 5.00 (codenamed NOBUNAGA) rolls out today for those of you that were selected for the beta program. 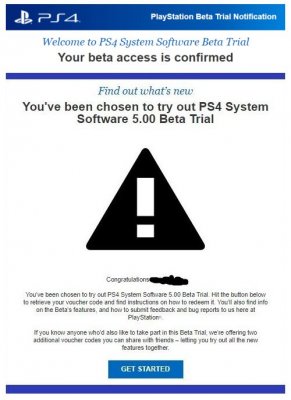 If you signed up and were chosen, you’ll receive an email with instructions on how to download and get started.

Whether you’re in the beta program or not, we wanted to give a first look at the features included in this update. We’re introducing family on PSN, making it easier to manage your friends, and adding a variety of new features for Broadcast, Notifications, Messages, and much more.

We’re overhauling the current master/sub-account system, and introducing the new “Family on PlayStation Network.” This new system will offer a more flexible experience for families on PS4 by making it easier to setup PSN accounts for children and customize parental control settings. Below are the new features that will be introduced with family on PSN:

Family on PSN will allow multiple adults to be part of a single family. The Family Manager can promote another adult inside the family to a Parent/Guardian, who can then customize parental control levels of children’s accounts. 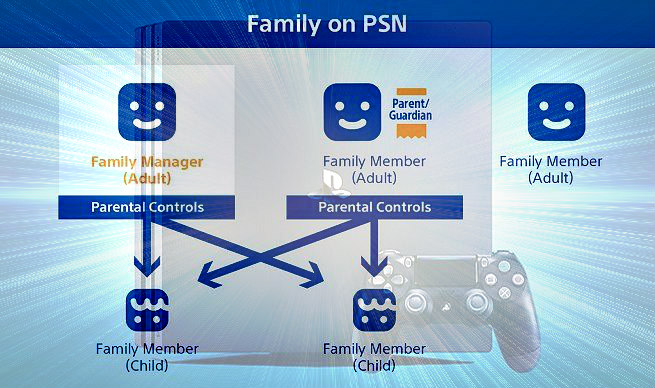 Before this update, the same parental controls were applied to all users on the same console, including adults. But with 5.00, all controls (including game age ratings) can be individually attuned for each child.

In place of the current ‘Favorite Groups’ tab, we’re adding a new ‘Custom Lists’ tab within Friends, which allows you to create and edit custom lists of your friends. This makes it easier for you to manage your friends and access specific groups. For example, you can create a custom list of your Destiny teammates and easily send them raid invites. 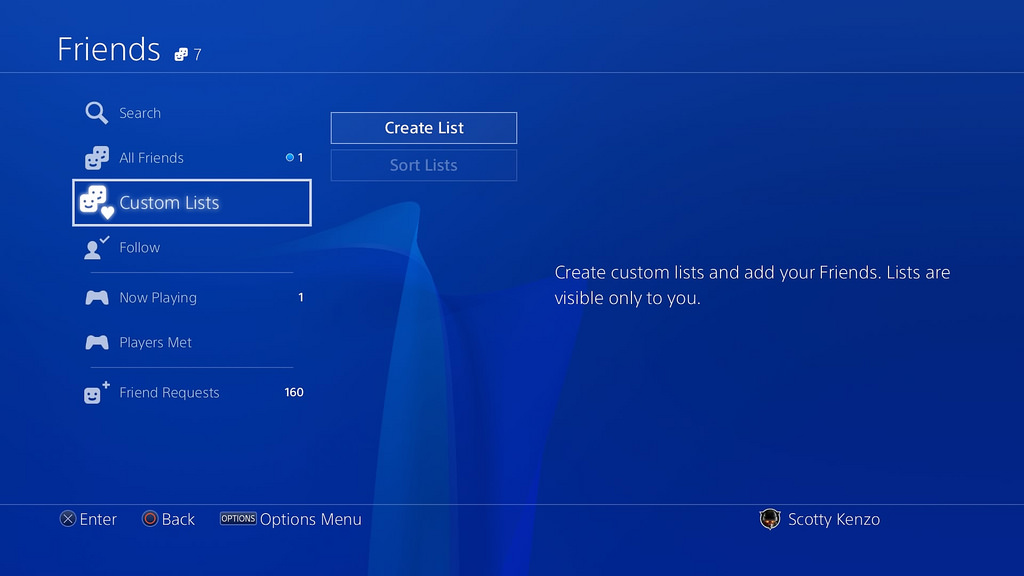 We’ve added a new setting in PlayStation VR: Display Message to Spectators and Spectators’ Comments. Once this is enabled, spectator comments sent during a broadcast is displayed not only in cinematic mode, but also in VR mode. This makes it much easier for VR broadcasters to keep up on comments and communicate with their viewers.

You’ve already been able to share your favorite music to Twitter and Facebook via PlayStation Music, but now you’ll also be able to share via messages using your PS4. If your friends are on PS4, they can listen to the track right inside the message by booting up Quick Menu, and if they’re on their mobile device, they can jump directly to the Spotify app from the PS Messages app to check out the song. 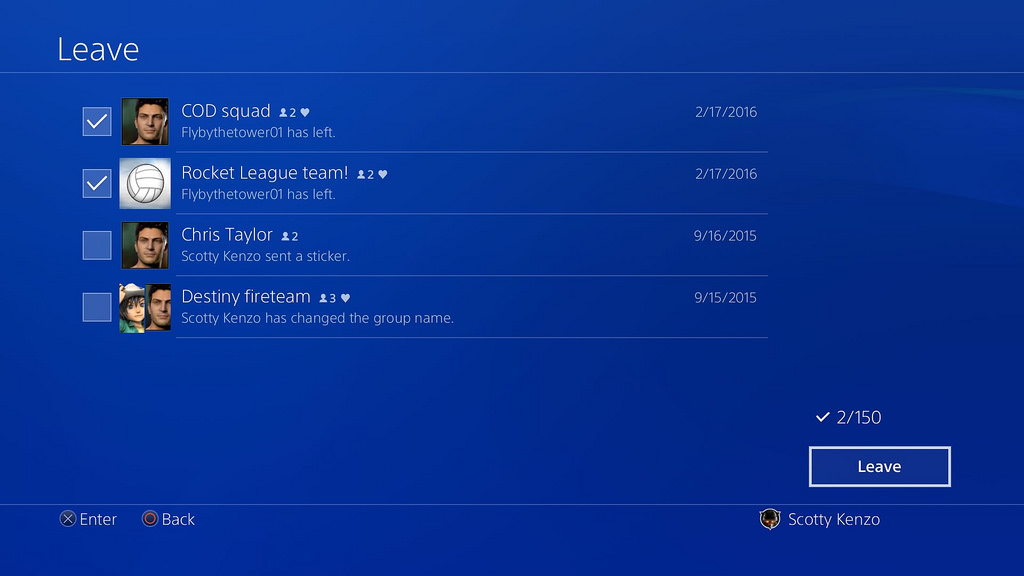 We’ve added a new setting that allows you to disable pop-up notifications while you’re watching a movie or TV show on your PS4. This setting is off by default, so go to Settings > Notifications to disable notifications and go uninterrupted during your videos. 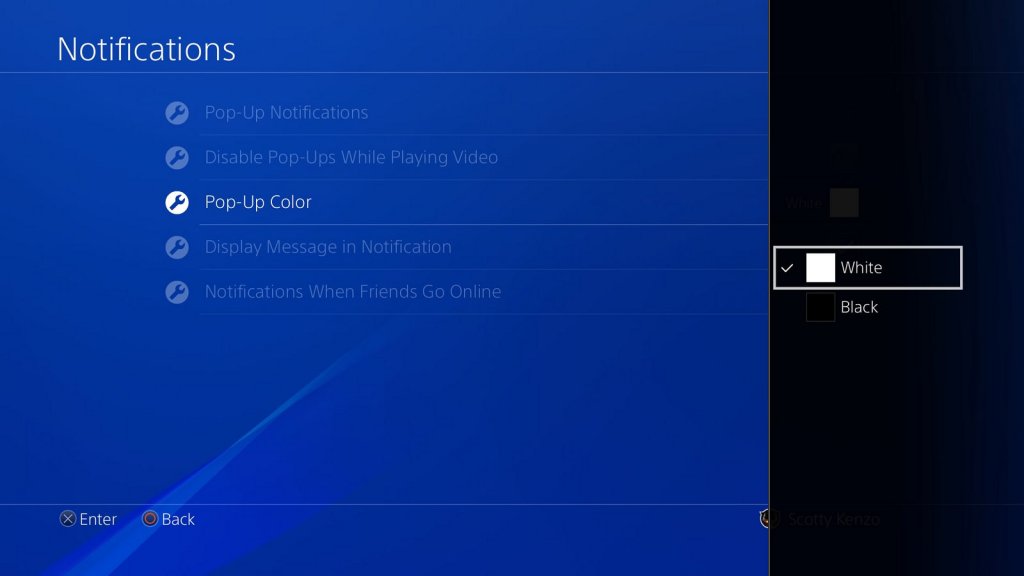 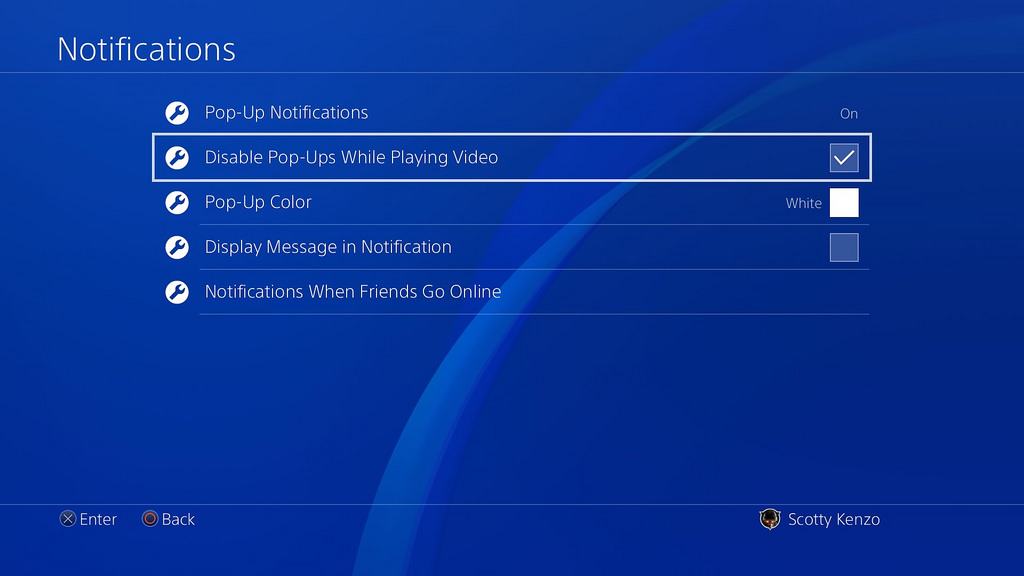 Furthermore, you now have the option to turn off message previews on your pop-up notifications. If you turn this setting off, the pop-up notification will hide the message senders’ online ID and will display a generic user icon and message instead. 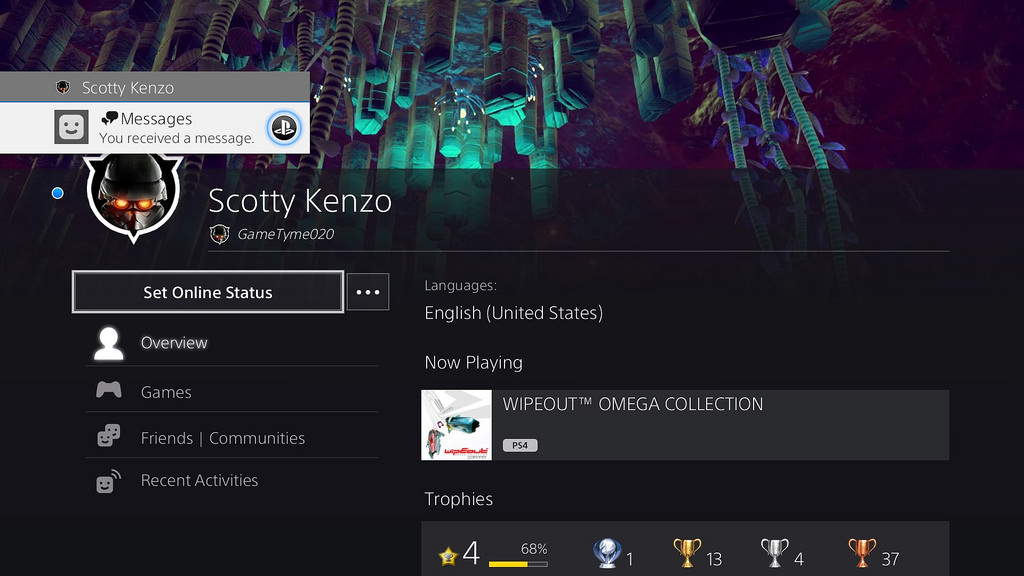 Lastly, you’ll have the option to change the color of your pop-up notifications to either white (default) or black. 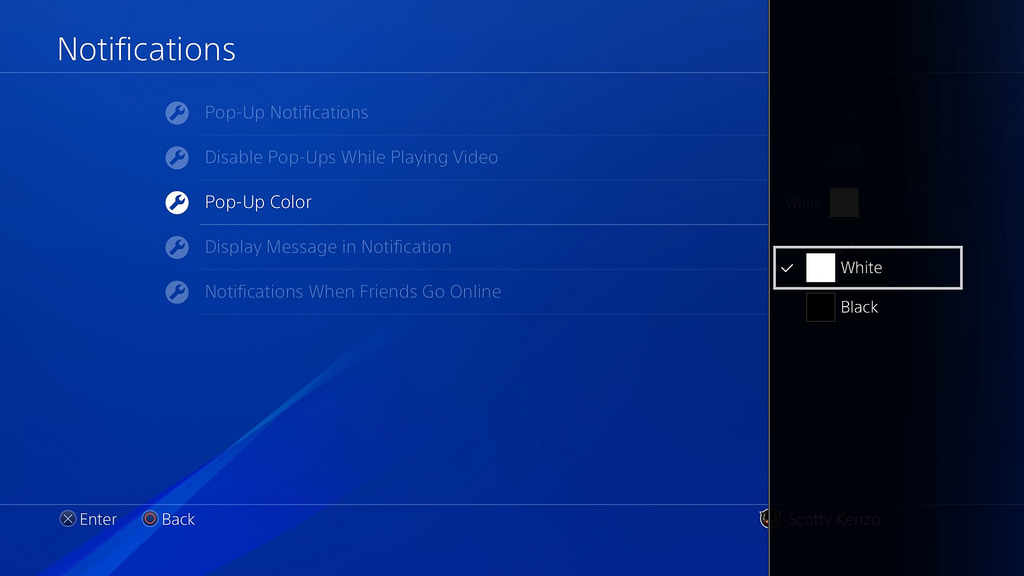 If you want to keep an eye out on what’s happening under Notifications, like the progress of your game downloads/installations or new party invites, you can now access this directly from the Quick Menu so you don’t have to step away from your game every time you want to check your notifications. 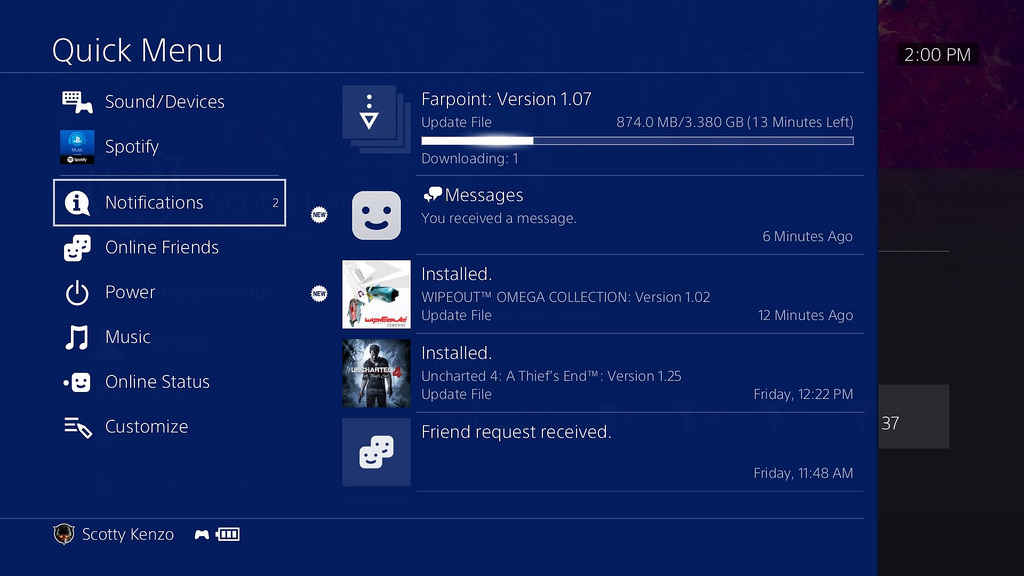 Also, we’ve added a ‘Leave Party’ option in the Quick Menu, so you can easily exit a party and go right back to playing your game. 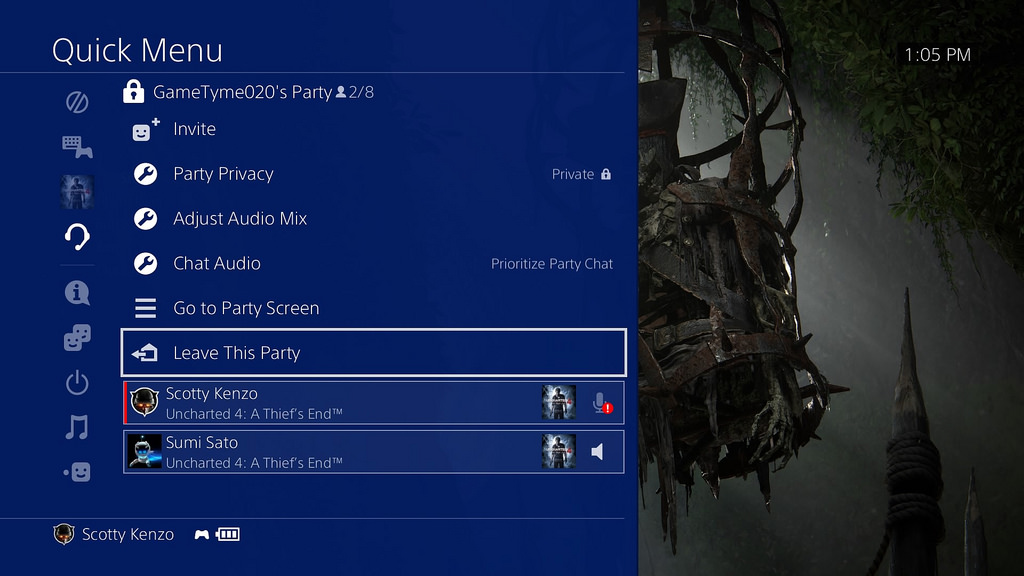 In addition, now you’ll see the system clock in the upper-right corner of the screen when you pop open the Quick Menu.

PlayStation VR now supports 5.1ch and 7.1ch virtual surround sound on your headphones when watching Blu-rays and DVDs in Cinematic Mode, making for an even more immersive viewing experience 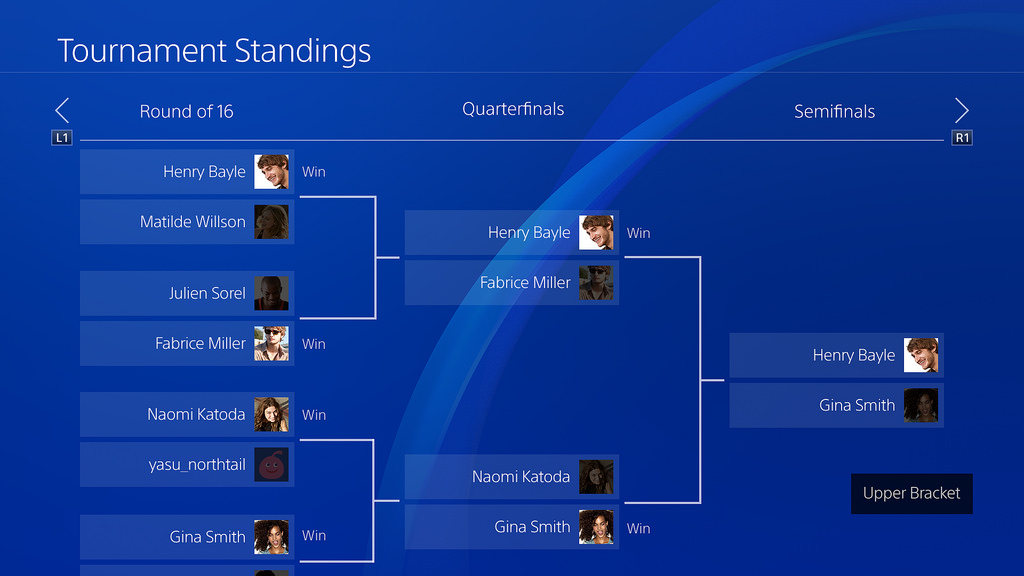 
Here's a little JS script I made which may help some people out checking the right PS4 + firmware version.

Code:
Another one for the PHP people. 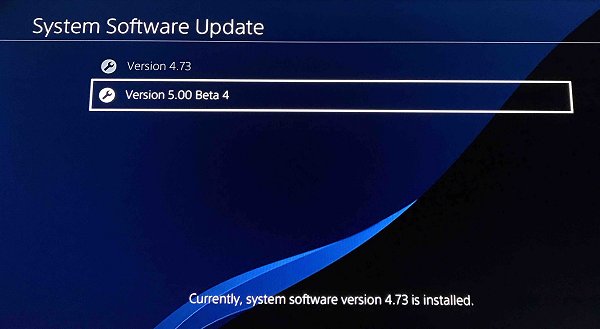 Developer
Senior Member
Contributor
Woah if this what Sony added to 5.00 then I definitely will not call it a big update, and wtf only PS4 pro will get certain features then a normal PS4 that's stupid in my opinion, soon future updates will be headed towards the PS4 pro then the original then it's gonna die out and people will need to get the pro to enjoy other features

Staff Member
Moderator
Verified
I wonder how long it will be til people start asking for PS4 OFW 5.00 burner accounts now

Bultra said:
and wtf only PS4 pro will get certain features then a normal PS4 that's stupid in my opinion
Click to expand...

The only Pro-only feature I can see is 1080p 60fps streaming.

Konsolenzocker said:
The only Pro-only feature I can see is 1080p 60fps streaming.

Woah only difference is the normal PS4 is 240v according to the Sony website and the PS4 pro is 300w to me that's nothing, you could add a 500v from 300v and that would make a difference

And me "hating" is not actually Hate it's my opinion

PSXHAX said:
I wonder how long it will be til people start asking for PS4 OFW 5.00 burner accounts now
Click to expand...

not sharing. it's my main acc

Senior Member
Contributor
Thanks Sony like always "You've been chosen to try out PS4 System Software 5.00 Beta Trial" ... next Beta to test ... think Sony like me as Tester

Member
Contributor
Still thinking about if it's worth installing or not