Following their PS4 6.72 OFW Update and several PlayStation 4 Beta Updates, as expected this week Sony is officially releasing the PS4 Firmware / System Software 7.00 Update which among other lackluster features such as Party and Remote Play enhancements will likely 'improve system performance' by including even more security fixes.

As always DON'T UPDATE if you wish to use PS4 game backups and homebrew apps when a new jailbreak exploit arrives, with some guides available for those new on How to Block PS4 Firmware Updates, How to Delete Downloaded PS4 Update PUPs that haven't been installed yet, How to Update to a Specific PS4 Firmware and also some PS4 HEN Update Blocker Payloads.

If you haven't done so already, be sure to get Verified so that you can access the private or restricted areas for the latest FPKGs that are added as they become available.

We revealed a number of features included in the newly enhanced Party prior to its beta earlier this summer, and here are all of the details that PS4 players can look forward to experiencing.

Lastly, the Party App will also offer a new Chat Transcription feature for US users via the PS4 Second Screen App on your smartphone or other mobile devices. The new feature supports US English and converts party voice chat to text, or enables you to enter text that is read aloud to other party members. If using your mobile device to connect to your PS4 during a Party, you will now see a new Party tab has been added where the new functionality is available.

For those who want to stream select PS4 games on mobile devices, Remote Play can now be used on smartphones and tablets running Android 5.0 or higher. Just download the PS4 Remote Play App from the Google Play store to use the feature.

Meanwhile, for iPhone or iPad users, the Remote Play App has been updated so you can now display the controller at all times and lock the screen orientation.

Also, players will be able to use their DualShock 4 wireless controllers via Bluetooth for Remote Play on an Android, iPhone, iPad, and Mac. All you need to do is update to Android 10, iOS 13, iPadOS 13, or macOS Catalina (releasing in October) to use this feature.

As a reminder, a PS4 system with a wired connection via a LAN cable is recommended. 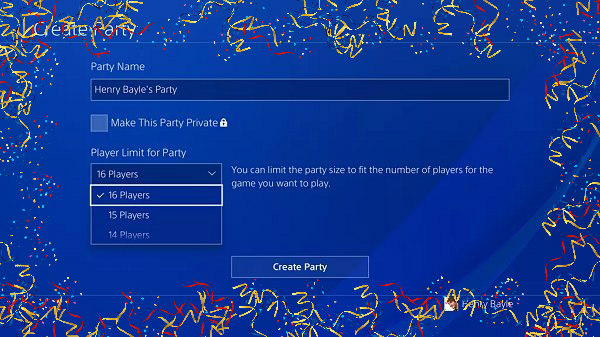 Member
Contributor
Verified
Still no jailbreak after 5.05. How long we have to wait?

Member
Contributor
Still have a brand new PS4 Slim bought last black friday, which worked all this time maybe less than 2 hours of its lifespan, with firmware 5.55, always read of a JailBreak release, which would be probably released in the beginning of this year, I have given up, I had just wrap the console and put in on a cabinet, is dying slowing, really regret buying this console in the first place.

Member
Contributor
Verified
Hope so this 7 firmware brings so Excitment !!

Member
Contributor
this is very good. Every time Sony releases a new updates there's a higher chance devs will release the latest exploit.....

Share:
Facebook Twitter Reddit Email Link
Recent Articles
Call of Duty: Advanced Warfare PS4 Mod Menu 1.23 is Now Available
Earlier this week we saw some GTA V PS4 Mod Menu 2020 Demos, and today PlayStation 4 scene developer @CustomHooker shared via Twitter a Call of Duty: Advanced Warfare PS4 Mod Menu 1.23 with help...
PlayStation Store's Totally Digital Sale Live with Savings on PSN Games
Get set to awaken a mysterious power within to save the world in Indivisible, make a daring escape with a little help from a friend in A Way Out or fight your way through the perfect run in the...
PlayStation 5 User Interface (PS5 UI) Rumored Image Leak Surfaces
An image that is rumored to be a screenshot of the current PlayStation 5 User Interface (PS5 UI) has reportedly leaked by an Anonymous game studio employee on the popular 4Chan bulletin board.