Following Sony's PS4 Beta 6.80 Preview PUP and the recent PS4 OFW 6.72 Update, those who received invites can now install the latest PS4 Firmware / System Software 7.00 Beta 2.00 build (3.00, 4.00 and 5.00 Betas also added below) and check out the latest features including increased party size (from 8 to 16 members) and System Level HDR Tuning Settings for Brightness and Darkness.

Download:
From the PS4 7.00 Beta invitation details, to quote: Be one of the first players to try out the new PS4 Party update, as part of the PlayStation Beta experience. Play, chat and connect with even more friends online, as we’re boosting Party sessions from eight to 16 players – this brand-new feature is due to release in System Software Update 7.00.

Performance for system updates is also being improved, meaning your PS4 won’t always need to restart after every update. Going forwards, select system software updates will automatically be installed after download if the [System Software Update Files] setting is switched on, found under:

If you participate in this Beta trial, you won’t be able to join the same Party or use Share Play with others who aren’t also participating in the trial. Once you’ve opted in to the trial, Parties that you’re able to join will have an asterisk (*) in front of the Party name.

The following changes have been made to (Party).
* Use the latest version of PS4 Second Screen, available for download from Google Play or the App Store.

And from WCCFTech.com on the PS4 Beta 7.00 additional features, to quote:

"There's another major addition that testers have discovered. PlayStation 4 owners with an HDR display will now be able to tune brightness and darkness at the system level, which is great news as there are plenty of games lacking a proper tuning feature. Early reports also suggest this affects applications such as Netflix, too." 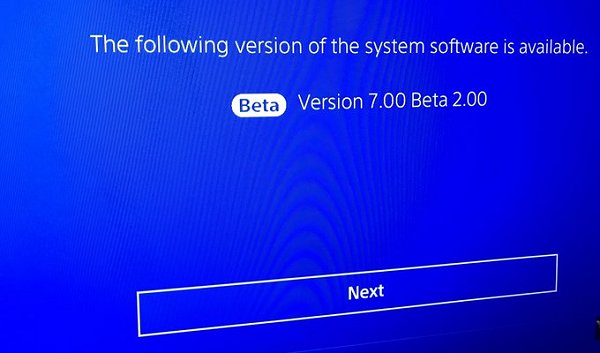 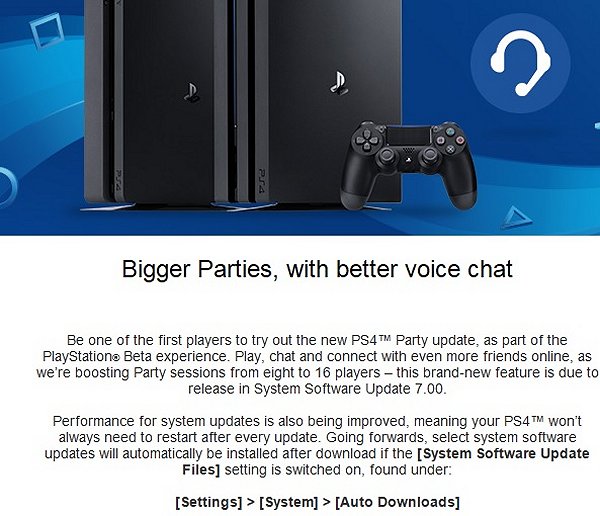 Senior Member
Contributor
wow... i thought that was bs but there really is a 7.00 beta going around. that strikes me as odd. I wonder why they are skipping from 6.72 - 7.00. I thought there would be another 6 months of 6.xx firmwares still... either way I still think mid next year after GOT, LOU2 and FFVI Remake releases.

Staff Member
Moderator
Verified
Thanks for sharing the news, moved to the main page also.

Member
Contributor
How not to update if they are not going to take out any new hack until the console dies these believers! But if they have not released MK ninlas that have them more than two years ago!

Syndicate hack in all versions, if we are already at 7.00, why not release, for example, that of 6.20? They lie in everything, they have no hack, nor is there anything. This nones PS3 or Switch, where everything is released to make our tools.

how can anyone can still believe that there will be next hen release with common paradox theory the jailbreak used the same method like 5.50 or so, well since it is free and you get it for free that's why you can't complain, so i suggest don't depend on jailbreak too much

Senior Member
Contributor
Verified
When will they understand once and for all that crying in each issue about updates does not help at all. And if so much despair have for play the new games, WORK AND BUY THEIR GAMES, or keep a hacker who works for you under salary.

As far as I know, nobody has the obligation to get a hack for anyone, stupid generation that wants everything 'easy'.