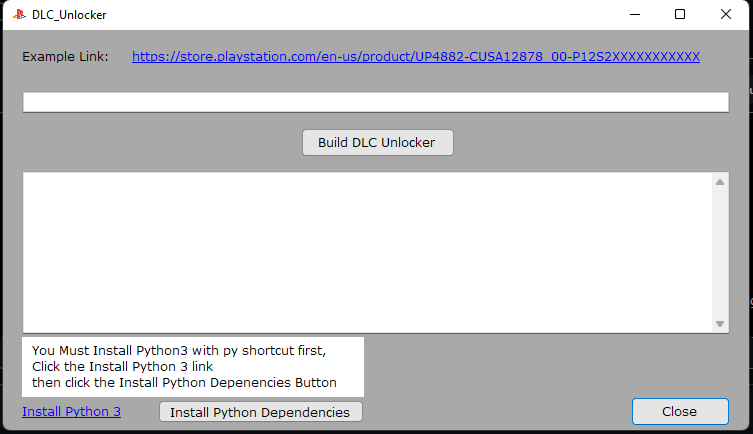 Be sure to check the README file on Github for additional details and updates as they become available, and below is a demonstration video from Code masterv's YouTube Channel:

Video of fPKG_Maker_GUI with dump and install 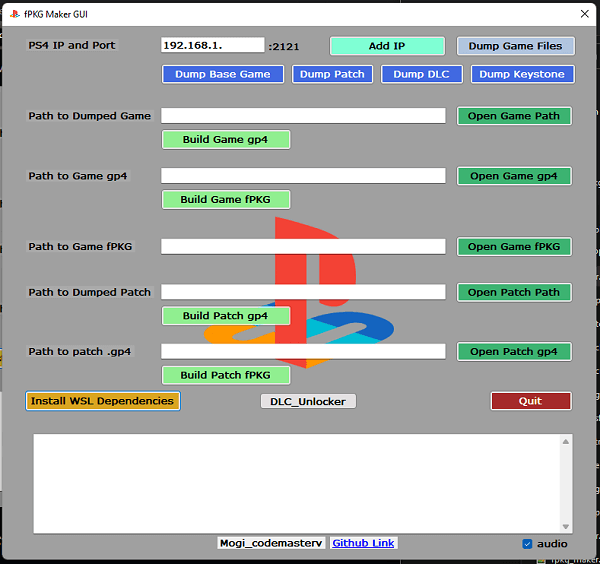 How are temp files dealt with when building the fPKG?

Staff Member
Moderator
Developer
Member
Verified
@hajinagu same way using fpkg tools handles them. I did not change any of that. The most modifications to the tools I made was to hippies dump script. His script only looks for CUSA titled games / apps

I modified the script to look for any title name in the sandbox and I made different batch files to to launch a new ubuntu subsystem session each time its used. It also makes sure the dump script is in unix format to avoid character conflicts between windows and unix / linux just in case windows messed up the bash formatting. (dos2unix) is used for that.

Other than that it is all the same.

This just basically acts as a front end to Cyb1k's and Hippie68's tools. No need to open a bunch of programs / windows to dump and build game and patches. Tried to make it as noob proof as possible and the only downside is it requires windows 10 / 11 for dumping because of the subsystem ability. The fpkg building should work on windows 7 / 8 but is untested by me.

Member
Contributor
Verified
@mogicodemasterv so it doesn't use the Temp-Folder-Patcher.bat to change the Temp location?

I ran into a couple of issues when I attempted to install WSL dependencies through the fPKG maker.

Senior Member
Contributor
HI, to use this software do you just put in you ps4 ip address and port and have the ps4 game on the main screen on your ps4 and will it dump straight to external hard drive through the pc.. or do you have to have your external hard drive connected to your ps4.

so do your just in your ps4 ip address and port into this software and have a game running on your ps4 on the main screen will it dump to external hard drive through the pc.

all theses devs make theses type of softwares wouldn't it be easier to make something for the ps4 like multiman that just dumps the game files straight to external hard drive that would be a lot better and safer typing in your ps4 ip address and port is a bit risky in any type of software.

how does this really work, i would like to see modded warfare do a video on this cos his videos show you it done the right way step by step.

@hajinagu thank you for pointing out the typo but its should start with wsl --install -d <Distribution Name>. I have never used the temp folder batch file so I don't know what to tell you. If it is a one time batch run the i'd say run it if you need it.

Member
Contributor
Verified
This will be very useful. Great tool