also hitting the PS4Scene alongside a CVE-2021-1879: Use-After-Free in QuickTimePluginReplacement WebKit exploit that was previously patched in PS4 8.50 OFW and after testing confirmed to only work with Safari Web browser.

Download: ftpdump-main.zip / GIT / PS4UPDATE-testkit-GEN3-8_008_041.PUP (532.49 MB)
Above are some related PS4 game dumping articles sorted by date with the oldest first, and from the README.md: FTPDump

Bash script that dumps PS4 games via FTP connection over the network. Requires cURL, GNU Wget, and a PS4 FTP server that supports SELF decryption. For maximum speed, a gigabit cable connection is recommended (but Wi-Fi works, too).
Example command:

Code:
1) Insert a disc and install the game. Optional: visit orbispatches.com
to download and install a game patch compatible with your firmware.
2) Start a PS4 FTP server (recommended: PS4 FTP).
3) Press the PS button to leave the browser.
4) Run the game.
5) Run this script.

Before running the script, make sure the game is completely installed.
Should the dumping process get interrupted, please delete partial dumps
before trying again.

Exit the script at any time by pressing CTRL-C.

Code:
By default, app, patch, and DLC data will be dumped. If no output directory is specified, the current directory will be used.

The dumps will take place in the following subdirectories:

Code:
Optionally, IP address and port can be saved inside the script:

Code:
The PC speaker can be used to beep when a dump is complete:

Code:
Depending on your computer and operating system, you might not have a PC speaker or must enable it first.

You can enable debug messages and/or see cURL's status messages by using options --debug and --verbose.

To compare the dumped directory with a reference dump (e.g. one created by a dumper payload), type:

Code:
Please note that GoldHEN 2.0's FTP server uses a different decrypting method. Which means some .sprx files may differ due to stripped zeros, but they should be fully functional.

If the script does not run as expected, please report bugs at issues.

After having installed WSL, for convenience you could:

Download the ZIP file from GitHub: select the green "Code" button, then "Download ZIP". Extract the ZIP file. In the same folder that has the file "ftpdump", create a batch file named "ftpdump.bat" that has the following content:

Code:
Then, running the script is as simple as this (replace the IP address with your PS4's IP and FTP port):

Code:
Other options can be passed, too, for example:

Code:
To save IP and port permanently, open and edit the file "ftpdump" with a text editor that supports Unix format (Notepad should do). Alternatively, you could save them in "ftpdump.bat":

Code:
If Wget is not installed by default, you can install it by opening a Windows command prompt and entering:

You need to install Wget, and having GNU dd (part of coreutils) instead of the default macOS dd could improve the overall dumping speed slightly:

Current PS4 FTP servers, which are based on the same code, have some limitations that affect the script's performance:
The updated FTP payload at PS4 FTP fixes those issues. Using it is especially recommended if you plan on mass dumping in one session.

Cheers to MSZ_MGS via Twitter for the heads-up on this earlier!

Also making rounds in the PS4 Scene via Twitter is a PS4 TestKit 8.00 Update PUP via sonyjew that is newer than the previous 7.55 version from the CDPR PS4 DevKit leak

for use with a PlayStation 4 Debug / TestKit Console... below are some previous articles covering them:

Finally, below is a CVE-2021-1879: Use-After-Free in QuickTimePluginReplacement WebKit exploit that @zecoxao is seeking to be tested on PS4 8.00 Retail or TestKit consoles, which he states was previously patched in PS4 8.50 OFW according to his Tweets below so it's not advisable to update your PS4 console.

Update: Test results are in, according to @zecoxao on Twitter the above Webkit exploit only works with Safari Web browser. 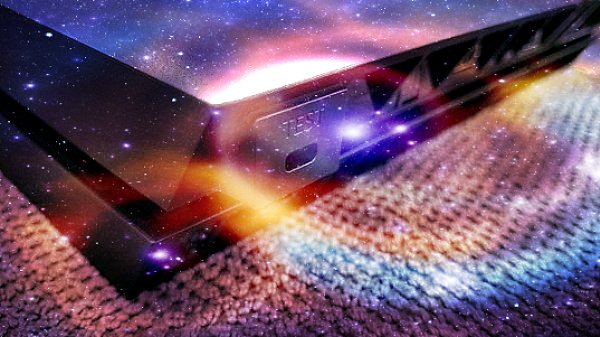 Senior Member
Contributor
Verified
It's a miracle that the samu keys have not leaked out for so many years.

Where are you beloved keys?

Member
Contributor
Verified
I also hope that the 8.50 software development kit will be leaked.

Senior Member
Contributor
This exploit could potentially be more stable than the current Webkit exploit used up to firmwares 7.55, meaning it could be used to improve the stability.

Member
Contributor
The ftpdump script is great. Much faster than manual dumping.

Senior Member
Contributor
Verified
If we get 8.52 Jailbreak then we have everything we need from games to updates