Lately there's been a lot of news on the PS4 TestKit, and for those keeping track the PS3 Debug / Reference Tool and PS Vita DevKit could play copies and now José Coixão shared a video demo of a PS4 DevKit running a Minecraft PlayStation 4 Edition game backup too!

From the PS4 Backup DevKit PoC video's caption, to quote:
This news comes just a day after @zecoxao's Decrypting and Dumping PlayStation 4 UserModules Guide, and a very BIG shout out to @AkaJogi, @ArthurBishop, @Jeff and @mcmrc1 in the PSXHAX Shoutbox for sharing this exciting PS4 news! 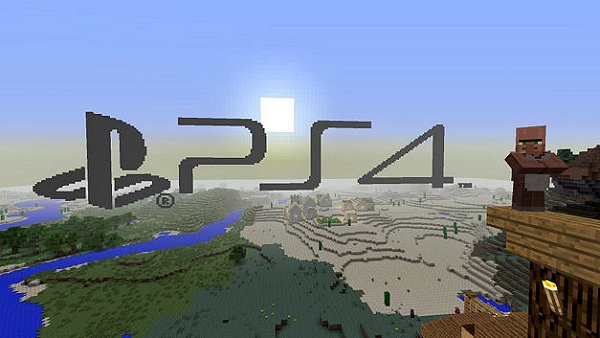 I say it again...on christmas guys and girls... ^^
It must be a reason the woman from haryoke with the rebug title is completely in red they just forgot the santa cap ^^

Staff Member
Moderator
Verified
Haha.. indeed. This excites me a bit more than the Chaitin PS4 jailbreak, and it will be interesting to see what @zecoxao meant by "waiting on China guys" in response to trying it on a 3.55 console (assuming still a DevKit though). VERY cool stuff!!

PSXHAX said:
and it will be interesting to see what @zecoxao meant by "waiting on China guys" in response to trying it on a 3.55 console (assuming still a DevKit though). VERY cool stuff!!
Click to expand...

Senior Member
Contributor
these fckers from China are playing us... Show us the way already

Staff Member
Moderator
Verified
This is probably how scene release groups are decrypting PS4 games also, well so far only EPEEN but TRSi and others will likely follow.

PSXHAX said:
This is probably how scene release groups are decrypting PS4 games also, well so far only EPEEN but TRSi and others will likely follow.
Click to expand...

Senior Member
Contributor
Do you think it is related to the decryption of modules ps4?

Member
Contributor
Then jailbreak for 4.01 is coming out very soon?

Staff Member
Moderator
Verified
My guess is this PS4 DevKit news isn't directly related to the PS4 4.01 Jailbreak, and while they may share similarities (such as being able to decrypt) the 4.01 Jailbreak is up to the Chaitin Team to release while getting retail units to use the same 'method' to run backups as in this PS4 DevKit PoC is up to the devs (José Coixão, zecoxao perhaps, others?) working on it.

Keep in mind though, most 'homebrew' developers are notoriously against backups (due to moral views, being scared of Sony taking legal action like with GeoHot, etc) so I'm not holding my breath for either just yet.