Here is a new little tool that will allow you to create a video PKG of your movies or other video directly viewable on your PS4.

In fact, this manipulation comes from Jose Gonzales who provided the necessary files to create a video PKG. So I took all that and wrote in batch a little tool that will automate this famous manipulation and make it usable for everyone.

You will therefore be able to directly view your films etc... on your PS4, there are however some clarifications to be made, only the .MP4 format is supported, you will be able to use other video formats (MKV, AVI, etc.. .) but they will have to be converted to .MP4.

The .bat includes 1 option (the 2) which will allow you this mandatory conversion and then automatically create the video PKG.

Option 3 will only convert your video to MP4 and not the video PKG and finally option 4 installs Framework 5.0 which is necessary for PS4 Movie Maker to work. 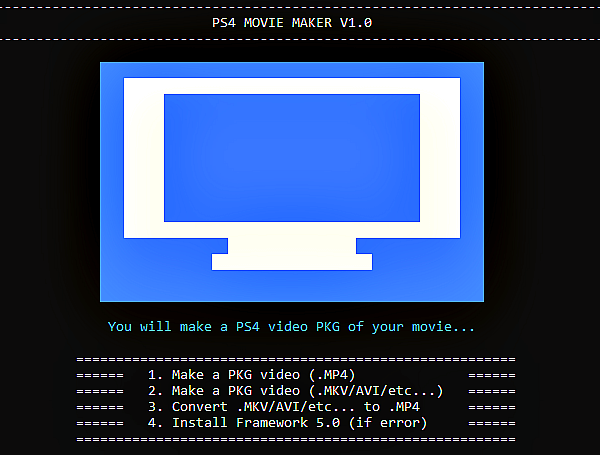 Senior Member
Contributor
Verified
As much as I saw people laughing at this, I love this! Thank you!

Member
Contributor
Verified
HI thank you !!
I have a issue while creating a video,
ERROR in cmd...

Make sure to extract the contents into a single named folder, the issue is with breakages in folder name, the dev let me know on twitter.

Member
Contributor
Verified
Hi @Doyle444
I did what you suggested me but now the error is changed... Image attached.. 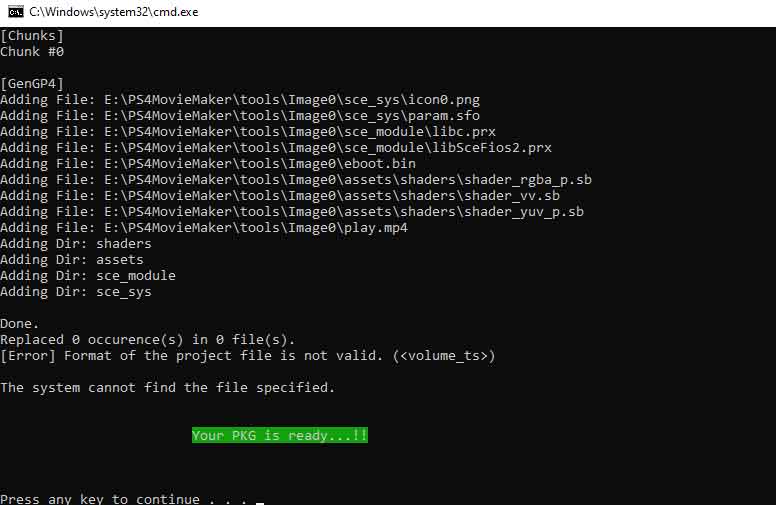