In the meantime, since Porting JailBreakMe and Breaking Down PS4 4.0x WebKit Exploit PlayStation 4 developer @SpecterDev shared on Twitter a PS4 NamedObj kernel exploit strategy overview of the 4.05 Kernel Exploit that Fail0verflow released.

So fail0verflow released a writeup today on the namedobj exploit. I and a few others have had this exploit for some time but did not release as we received help indirectly from f0f, so it was not entirely ours to release. Now that it is out however, I'd like to talk about it as it is a really interesting exploit.

Below is not going to be a full write-up, but more of a framework or strategy that those who are interested can use to try to implement this kernel exploit. In due time I will release my implementation after I've edited non-burned components out of the exploit.

So the bug is essentially type confusion with the 'kind' field of the 'id_entry' object used in named objects. Named objects are objects that have properties associated to them (such as a name as you might have guessed), that points to the real object in the heap. By specifying a type 0x5000 for your object, you can cause type confusion.

You now need to find another area of the kernel that can abuse to corrupt your object. Luckily, there is sys_mdbg_service(). This will allow you to overwrite the lower 32-bits of a pointer that you can later free() with sys_namedobj_delete(). This allows you to create a use-after-free situation that you can use to obtain code execution by spraying fake objects on the heap and corrupting a function pointer.

A good strategy for exploiting this bug is as follows:
Notes 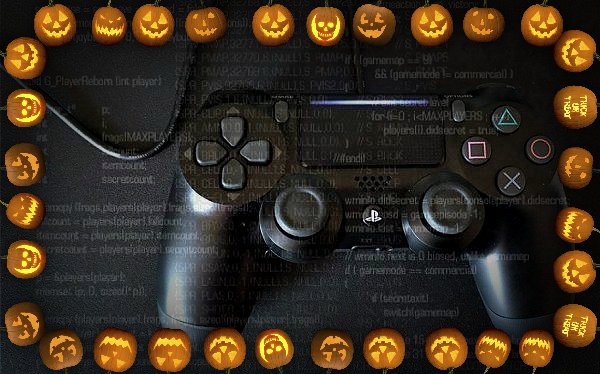 Developer
Senior Member
Contributor
What we need to remember here this is the guy that tried but couldn't get any further than kernel panics, best taking advice from someone who knows a bit more so does cause any system problems

Senior Member
Contributor
Verified
With time, things will evolve. Now its too soon. Things need to be prepared and cooked before we can use them

Because the scene is getting hot now_days. So stay on lower firmware. I'm fcking damn sure; I'm on 5.00.

Senior Member
Contributor
Unfortunately george hotz He agreed with Sony that he was not penetrating her CONSOLE again, I think he is the only one who can penetrate this fck PS4

Developer
Member
Contributor
This bug was already known by some developers thanks to the fail0verflow team. There are many people who own Webkit RCE 4.05 the problem is that the person who compile a cfw will have sony
You must log in or register to reply here.
Share:
Facebook Twitter Reddit Email Link
Recent Articles
PS5 & Xbox Series X Next-Gen Video Game Prices to Go Up Says IDG
According to video game research firm IDG Consulting, publishers are likely to raise the price of next-gen games for PlayStation 5 and Xbox Series X following the PS5 News that NBA 2K21 will...
Sony Introduces PlayStation Indies for PS5 and PS4 with Montage Video
Proceeding the Indie PS5 game Soulborn Alpha Trailer, Sony introduced their PlayStation Indies initiative featuring nine captivating new independent games including Worms Rumble (PS5 / PS4), Haven...
Cyberpunk 2077 4K Footage and New NBA 2K21 Zion PS5 Trailer Video
Since the last batch of PS5 Trailers some 4K gameplay footage of the upcoming RPG Cyberpunk 2077 by CD Projekt Red surfaced with a 2021 tentative release scheduled alongside a new NBA 2K21 PS5...
CTurt on FreeDVDBoot for PS3 / PS4 and Blu-ray BD-J Attacks
Long ago we saw the Original PS4 Jailbreak for 1.76 FW via BadIRET Exploitation (Github Articles), and following his recent FreeDVDBoot PS2 DVD Player Exploit PlayStation 4 developer @CTurt shared...