Member
Contributor
Hi,
I'm new to the Ps4 scene, but I have been a part of the general modding scene for several years. I just acquired a PS4 on OFW 4.71 and I see multiple website claiming to be able or show you how to jailbreak it. The sites themselves look sketchy enough, but then most of the RAR \ ZIP files have passwords which I am quite certain most people here will identify as a MAJOR red flag.

So is the a jailbreak method for 4.71 at this time?

Senior Member
Contributor
It is a major red flag!! people all over the PSX/1/2/3/4/etc industry are always, trying to make money off of these PlayStation systems. And no, before you ask. we are talking not adult. (perhaps, some) but for the most part, teenage and adolescent kids who are for the most part just throwing together websites at the hopes of ad.fly. shortener links and share cash type survey links. (which are completely fake and have no reason for existence.)

These posts saying, "follow instructions, do this, do that..." are precisely designed (on YouTube platform for the most part) to confuse and make $$ (money) off of the end user like yourself. word of advice. stick to the forums if you want the good news and the bad all of it is here and on Wololo as well as some other major sites though I know @PSXHAX opinion of Wololo.net as well as extreme-modding.de, differs from my own. not so sure about extreme-modding.de though.

I all seriousness though. you should avoid buying into that crap. YouTube is full of fakes on the scene for PSX/1/2/3/4/ etc. and people are always willing to

Senior Member
Contributor
Verified
short answer: no
long answer: there are private exploits for lower firmwares, not public, and i think not for 4.71

Senior Member
Contributor
Also, can anyone verify the legitimacy of this?

Staff Member
Moderator
Verified
Here's a rough translation of it, to quote: A fault webkit present on PS4 firmware 4.71

A new flaw webkit was discovered on version 4.71 of the PS4.

This flaw webkit is based on the same fault as the "exploit" in 4.50 and 4.70 which turns out to be eventually an entry point.

A PoC was unveiled in video for this fault which will remain private for the moment.

webkit 4.71 POC by NeotikZ
This flaw is not exploitable by itself, it is necessary to wait a exploit webkit on the firmware 4.71 to be able to benefit, if it exists it has not yet been unveiled in public.

The L-S crash stuff in NeotikZ's video was posted on several sites months ago with a summary here: https://www.psxhax.com/threads/ps4-...ry-overload-discovered.1636/page-4#post-20003

I'm not sure why they're re-spinning it now because the same PSNS: command can be ran from the PS4's browser to crash it on newer Firmwares.

Many don't like L-S because typically they won't include an attribution URL link to the source in their articles, they usually only post the site name in plaintext which isn't acceptable when using another site's content.

Furthermore, in checking their Blog I also noticed they took the picture I made from here and reposted it without credit.

Senior Member
Contributor
Well.... I found this in the thread by NeotikZ HERE, if you scroll down part ways, you should be able to see this.

Hi NeoTikZ, I would have several questions about your webkit.

First question: Why did you remove your files poc471.php? This would hide a fake (http://psxhackactu.fr/poc471.php because simple to put the error ffff000000000840 in javascript)

Second question: Why do you use Php gold Javascript is for HTML (in big part) (why did not you do function in php like QWERTYUIOP) and if we take the fault of QWERTYUIOP it was in HTML (Incredible a real resemblance).

Third Question: the code you have (ffff000000000840)? You are sure it is this one for the FW 4.71 or the FW 4.70 because according to the OFFSET (which were also modified by sony) The returned code should change when Sony fixes a fault.

Fourth question: How a simple youtuber that makes that PS3 hack videos (not developed by himself) can have such a knowledge overnight (You have to learn very fast)

1 - I have removed the file because otherwise Sony will patch the fault, it makes sense
2 - The fault is taken from the "exploit" in 4.50 which is in .php.
3 - Yes
4 - I make vulgar videos For my community because I have a gaming community and not hacking.
5 - I was not alone. And anyway if the flaw is patched at the next FW I will release it to close some mouths.
Click to expand...

I'm not sure of the legitimacy myself, but logic-sunrise and everything that seems to come from their domain has a legitimate track record or so it would seem. So let's hope this is what we think it is.

Staff Member
Moderator
Verified
I disagree... also you didn't seem too excited in the older topic on this

B7U3 C50SS said:
a popup blocker bypass? and a remote denial of service attack? nothing of value here.
Click to expand...

Just ask a developer, these crashes are nothing more than the PSNS: command in the PS4 browser that Sony has known about for years... they all require user/kernel level exploits to bring them out of the sandbox to do anything useful. 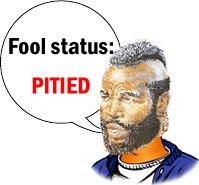 Senior Member
Contributor
Verified
The scene does not do that crap. If anything ever actually gets published - it's not blocked by a paywall. Don't download this crap.

B7U3 C50SS said:
I'm not sure of the legitimacy myself, but logic-sunrise and everything that seems to come from their domain has a legitimate track record or so it would seem. So let's hope this is what we think it is.
Click to expand...

No it's not legit, even neotikz pointed it out, and also if it's legit they would off not removed the video/thread but since they have I'm claiming it fake asf, even the "4.50" and also the "3.55" webkit exploit they announced was fake a f*ck too, all it was is a simple browser restart script nothing else, these are the type off scripts site and user's do just for e-fame

I meant who ever pointed out neotikz

Senior Member
Contributor
Alright then, fine. so I gave him the benefit of the doubt. my apologies.