From the original README.md, to quote: PS4 PKG Store

Update: From the updated README, to quote: Brew

This is a modified Version of Flatz's Remote PKG Installer with The PS4 PKG Store integrated into it. It is fully customizable (All of the Files are stored in /data/store if you want to create or install a theme)

You can host your own Packages and use them with this by modifying and hosting the pkgs.json as well as the .pkg Files somewhere and then providing the URL of the json file in the Settings.

Use pkginfo to generate the Files that are necessary to host packages.

If you want to build it yourself you'll probably need to modify the Makefile because I used weird Paths for my Files and install make (I got it through chocolatey) as well as any other Stuff that is required for the remote PKG installer.

If you messed something up, delete the /data/store Folder on your PS4 and then reinstall this App to regenerate the Folder.

And from the other ReadMe.md, to quote: pkginfo

The Program will generate an icon File, a JSON File and a param.sfo file. The param.sfo file can be deleted after the program has finished (I was too lazy to implement that part) The icon file needs to go into the same folder where the packages are located. In case of the example this would be a folder called "pkgs" because the server url is http://server.com/pkgs/ the json file needs to be put into /data/store on the PS4.

Also making rounds on Twitter today is a PS4 5.05 demo video from CustomHooker: 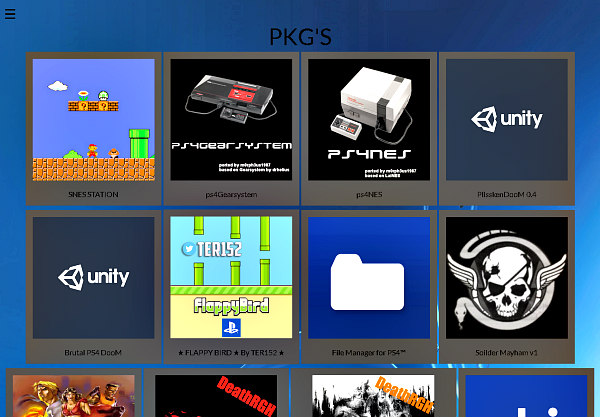 Senior Member
Contributor
Verified
How's it works I try to get SNES STATION just get picture.

Member
Contributor
Verified
Does cheat works with 4.55 version? And also in which games can i use the cheat? Thanks

1. Double check the Ps4's IP
2. Is the remote PKG Installer open
3. Is the PS4 and the device accessing the website the same network?