I started using Save Mounter few days ago but some things annoyed me to no end, so I tried to make it a little better.

Update: I took down the Save Mounter (v1.9.0 / v1.9.1) builds temporarily while I fix some critical bugs that might result in a corrupted save. Fixed a few nasty late minute bugs.

Enjoy, it's been tested by a few people and confirmed working good.

From my Save_Mounter_v1.9.2 Github page: PS4 Save Mounter 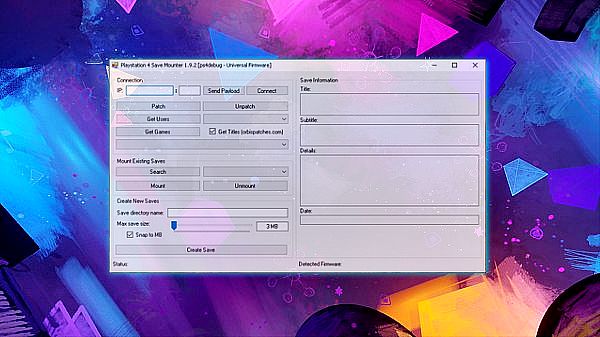 Member
Contributor
Verified
feedback: on ps error "removed usb too soon..." and retry, t9 crashed on patch. used t6 directly after to connect and patch and was fine.

Member
Contributor
I have a feature request: please sort the game IDs in ascending order.
With 100+ games installed, it is quite a hassle to find the correct game.

Member
Contributor
Apparently, my games' saved folder e.g. /user/home/profileID/savedata/gameID don't get mounted under /mnt/sandbox0 although the Status: message says otherwise. In /mnt/sandbox I have only a bunch of NPX folders.

This applies to all PlayStation 4 Mounter versions including yours (ctn123), AGraber's and chendochap's. 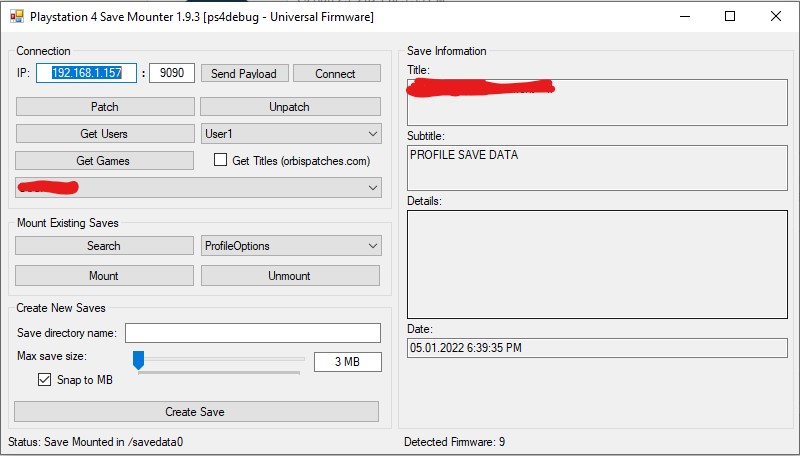 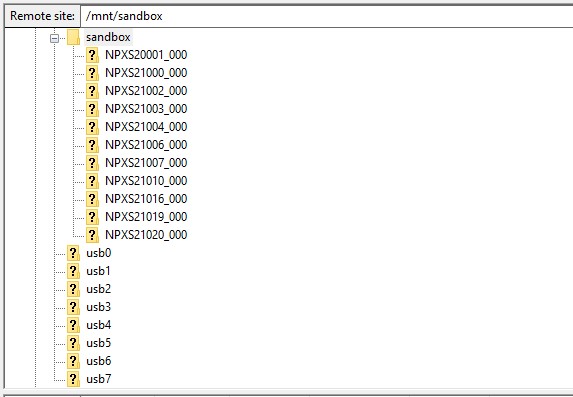 ​
I guess I'll still use the ftp client and copy my save games whenever required.

Developer
Senior Member
Contributor
@defesaw413, have you checked under /mnt/pfs/ ?

This will likely be my last Save Mounter release.

There is no need for so many different versions and Apollo has a much larger feature set.

Please visit Apollo PS4 for all your future Save Mounting needs.

Apollo with 9.00 should be out shortly.

Member
Contributor
Verified
Thanks for this great tool. Helped me out a lot with a scenario i will share here. I Backed up my ps4 database to usb. I then continued to use ps4 for a few days. I forgot to remove usb with exploit. PS4 had a Kernel-Panic and i restarted. Because the usb with exploit was still inserted, I was unable to restore my PS4. I tried reinstall firmware 9.00, rebuild database, etc.

The only option that worked was to reinitialise PS4 in the safe mode menu (Option 6). This wiped everything on HDD. The restore database option wasnt viable because hdd was wiped. Sadly the only thing to do was to re-download/install my games.

1) Start fpkg game and make a new save

Close PS4 Save Mounter before attempting another game.

Probably a bit messy and hard to understand but it might help someone in my same situation if they can understand it.

Developer
Senior Member
Contributor
@Kev000, Thanks, I'm sure this will be helpful to others. Btw how did Apollo not work for you?

Member
Contributor
Verified
Not for this particular scenario, no I was probably doing something wrong. I used apollo for a different, less complicated scenario and it worked fine

Just noticed the word 'how' in your question. I'm not sure. I followed some guides and I just couldn't get it to work. With a bit more persistence, patience and understanding I probably could have persevered and got it to work. The save mounter just seemed to click better for me in terms of understanding.

Edit: Ok I just tried another game with Apollo. It worked no problems. I just created new game and save file. copied the encrypted save from my backup to my new save game folder. The opened apollo. Found the game in question. Clicked apply changes and resign. The game was called hellpoint.

Tried this with Bloodborne and I think darks souls 3. Didn't work for me. Starting to think maybe I was doing something stupid or maybe those 2 games have something different about them?

So long story short... Apollo and save mounter are amazing tools and I would be lost without them. I did have on issue that I encountered. Maybe someone might have an idea on how to fix it?

One of my game saves had DLC on it. When I open that game now it refuses to load without the DLC. I have searched high and low and I cannot find the DLC anywhere

Developer
Senior Member
Contributor
Very strange, I use it all the time with 5.05.