According to a SAMU patent, it's described as a method and apparatus for including architecture for protecting multi-user sensitive code and data.

Below is a summary of what Hydrogen on NGU shared about it including details from Fail0verflow slides (if you missed it, see their Postscript also) to quote in part: Understanding The PS4 Processor SAMU

Overall, SAMU is a strong processor that holds mostly everything everyone in the PS4 Scene wants. If someone ever handles SAMU, modding has the chance to go online, but I don't know how things would work with the banning and the CIDs. We already had a few discussions speaking about the PSID awhile back. We know @theorywrong and @2much4u had discovered Partial IDPS from the kernel memory, including the PSID since it's there as well. To read more about that old post, you can view it here.

You can dump it from the kernel memory with a certain payload, and I will not be providing any payload in order to so. In addition, @zecoxao had explained to us you could do the same with it running the dl close. Use memcpy in the Kernel Mode, and use sys sendto. This should send it to your computer.

Approximately, most things that were done on PlayStation 3 is of course, possible on the PlayStation 4. If this ever gets decrypted and fully hacked. Yes, you'd see a lot of new innovations being brought on to the table. That's of course, if someone releases it first. This is a little guide explaining what SAMU is, and what it does. Hopefully, this clears out the questions from the air I've always got. Always remember, SAMU is a tough nut to crack!

Credits:
Also do not forget that some guys had access to SAMU keys and could dump decrypted Kernels from latest FW version even without any kernel exploit

From PSDevWiki.com, to quote: Sam ipl

SAMU IPL, codenamed as 80000001, is the main loader of the Secure Kernel (80010001)
The header contained in it contains the following information:

Code:
Cheers to both @Figure03 and @HydrogenNGU for the news tips in the PSXHAX Shoutbox yesterday! 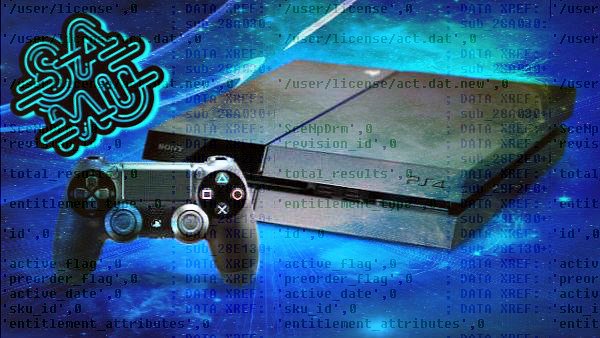