This isn't the release referenced in the 'Something Coming' Rumors earlier this week, as @zecoxao has since clarified "it's an exploit" proceeded by "full chain" in response to the initial Tweets... but reminiscent of Mathieulh's

days although he stated the "eggsploit coming on caturday" he's admittedly uncertain "which caturday" it will arrive. Time will tell...

As outlined in the Tweets below, those interested can join the PKG-Zone Discord Channel to contribute to their growing PS4 cover collection and donate via PayPal towards further PlayStation development efforts.

Libraries
Refs
How to Update your CDN

Replace your homebrew.elf, homebrew.elf.sig and remote.md5 with the Latest from the Release Section of this Github to a folder named "update" on your servers root

upon booting up the app will cache all json files from the CDN in the settings.ini restart is required for changes made to json files (for now)
IF the settings file is loaded from USB all settings will be saved to the same USB 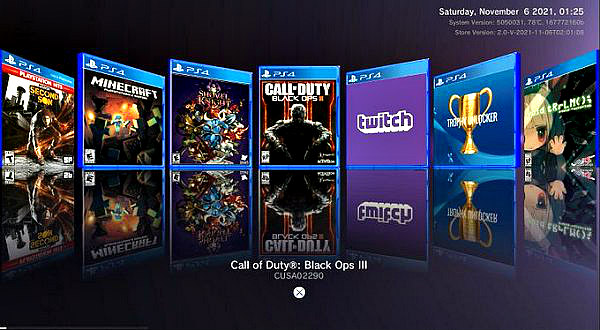 Senior Member
Contributor
Verified
Truly Amazing Work that has been done with this piece of Art of programing!

Member
Contributor
Verified
Nice. This store will be extremely handy. Thank you to the entire jailbreak community.

Senior Member
Contributor
How can I load external games??? Show only internal???

Member
Contributor
Verified
I got to say that is absolutely beautiful! You guys done a great job!

Senior Member
Contributor
Verified
Jesus, I been waiting for this. Thank You to this 2 genius, completely a master piece of work.