PS4 Super Slim Rumored to be in Development by Sony

PS4 News       Thread starter PSXHAX       Start date Mar 25, 2017 at 10:46 PM       10,088       11
We're all familiar with the PlayStation 4, PS4 Pro and PS4 Slim consoles, but according to a report from Taiwanese newspaper DigiTimes an even thinner version of the PlayStation 4 is rumored to be in the works leaving many wondering if a PS4 Super Slim will join its PS3 counterpart in Sony's video game console lineup!

To quote: "In addition, Microsoft is also planning to release a new Xbox game console codenamed Project Scorpio and the product is expected to be announced at the E3 2017 event, targeting the year-end holiday season. Sony is expected to release a thinner version of its PlayStation 4."

Details on a PlayStation 4 Super Slim model are currently sparse, with no projected release date available.

According to PSU.com, to quote: "It's unclear whether or not this is a slim version of the PS4 Pro, or simply another iteration on the existing PS4 Slim SKU.

Either way, if the rumor holds any weight, we're likely to see it at E3 – possibly as a response to what Microsoft brings to the table with regards to new console hardware."

Here's to hoping more is revealed at E3 2017 this year, which runs from June 13-15th at the Los Angeles Convention Center. 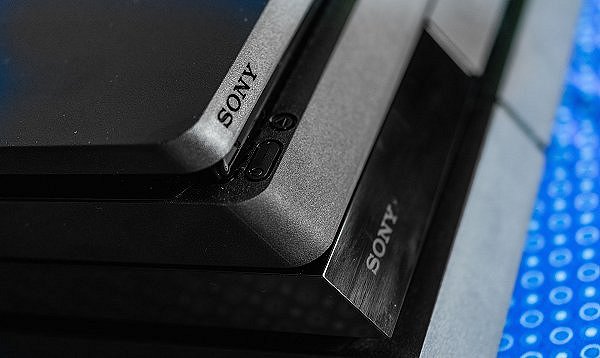 Senior Member
Contributor
Verified
May be for 2018, but not for this year, i think they will announce it at their next PS experience event and available in stores Jan 2018, also it will normally concern PS pro.

Senior Member
Contributor
Its just a internet test to measure customers reactions. Everybody know they are developing PS5 to fight against Scorpio.

A superslim version is only to cut costs at the end of the cycle.

Senior Member
Contributor
Sony releasing all of these ps4 models because there really isnt much else to release if they come out with a super slim. I they release a regular super slim it will be pointless as the xbox scorpio will blow all of the Current Gen PS out of the water. Even if its a slim version of the Pro that will very likely be less powerful than the scorpio.

PLAYER 1 said:
Its just a internet test to measure customers reactions. Everybody know they are developing PS5 to fight against Scorpio.

A superslim version is only to cut costs at the end of the cycle.
Click to expand...

Senior Member
Contributor
Verified
i think it will eventually happen, but not soon, slim was barely released.

also people talking about ps5, why are you so eager to waste money on another console? sony doesnt have to fight scorpio, ps4 is much more popular than xone, and will probably continue to be after scorpio is released.

and have anyone here heard developers say they cant do anything else with ps4? much less the pro wich is some mere months old and doesnt have any game that takes full advantage of it.

if you really want a scorpio, go and buy it, not anyone is ready to spend money on another console just because.

Senior Member
Contributor
Verified
I wonder why majority are talking about the Ps5 ? Don't even dream It's not for soon, real gamers know that mostly successful consoles last 7 to 8 years.