Following the PS4 Notifications Mod and his GTA V Native Caller, today PlayStation 4 developer @2much4u detailed some PS4 System Notification Types for 4.05 Firmware via Twitter for devs as outlined below.

To quote from the Github page: Message types for sceSysUtilSendSystemNotification functions on PS4 version 4.05 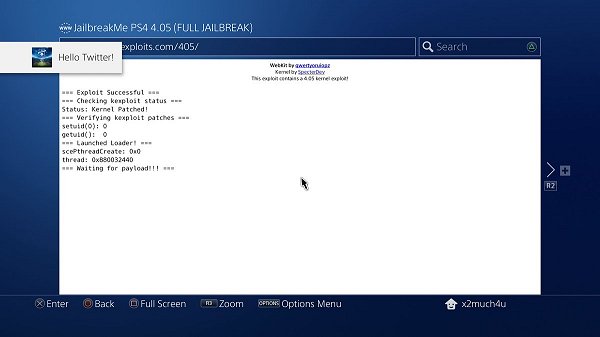 Senior Member
Contributor
Verified
From the looks of it, these types and the messages associated with it seem to be the "common" notifications that a regular user might get. It seems the details of hardware measurements are not specified here.

This is one of the most imprtant features im waiting for, also a fan control utility to avoid more BLOD on fat PS4s

Member
Contributor
Verified
How can I use them?

Member
Contributor
How can this be useful to an ordinary user?