While PS4 scene developers examine it to see what was changed and patched, some may want to give the PSProxy Bypass a try as it often works for a few days during Firmware transitions when the Passphrase changes.

Update: Reports of confirmations are coming in that MTX Key is blocked in PS4 Firmware 4.73, currently we're awaiting additional confirmations so if you update and try it let us know your results in the comments thanks!

Update #2: More reports are confirming with video proof Sony has blocked the MTX Key ModChip, gamesharing method and issuing bans on some PS4 consoles... more to come as it's available!

Update #3: Despite a contrary video, both the MTX Key and clones of it have been confirmed to be disabled by most rendering yet another for-profit device useless for the time being with more PSN account bans being reported!

Main features in version 4.73 update:
For PS4 save editor made sure can be used successfully with system software released 8/2 4.73. We ask if future PS4 system software has been updated will orders save editor news page and our Web site before the update.

System Software 4.73 can be used with Save Wizard for PS4 MAX
Finally, PlayStation 4 hacker qwertyoruiop recently stated the following on Reddit, to quote:

"My 4.5x webkit works fine on 4.7x (unchanged, even!). It is. 4.06 has both a public webkit and a private working kernel exploit. My kernel exploit doesn't work on 4.70. bug is there, but exploit technique was killed "

Cheers to @defense, @moodyjohn, @MrNiato, @UmarDaBest559, @xxdylanxx45 and @xxmcvapourxx for the news tips and be sure to check the PSXHAX Shoutbox Message Of The Day (MOTD) for the latest PS4 MEME's that Sony would whine about if we posted them elsewhere. 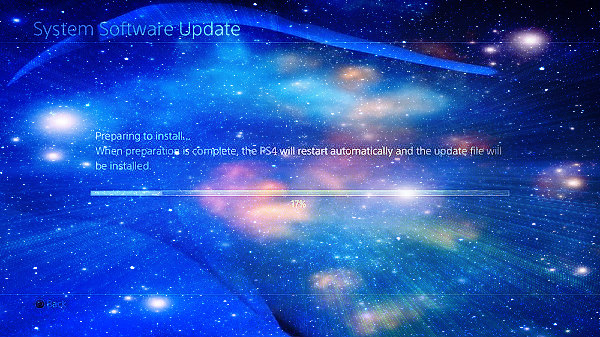 Member
Contributor
Preparing to use mtx for the 1st time and this happen a min ago.. how unlucky of me...

Rough translation, to quote: "The 4.73 update for PS4 has been released. I will try and inform you with MTX KEY a little later.

EDIT: Unfortunately, hacking does not work according to the trial result I just made. We are expecting a move from MTX KEY."

Member
Contributor
Hello, I am unable to message in shoutbox

Senior Member
Contributor
What about staying on 4.72? Will it allow MTX to work with PSProxy?

Thanks for the confirmation, we'll see if others confirm the same and what MTX Key and the other clones do about it.

srinath said:
Hello, I am unable to message in shoutbox
Click to expand...

You can now, I just promoted ya.

You have to have logged in previously for it to work.