According to @Bultra in the Shoutbox when trying to use PSProxy he experienced crashes as PSProxy authenticates the updatelist.xml and still nags to update, while @SheenuTheLegend reported HERE more people are getting error code E-801809A8 and not to update until Sony sorts the issue out based on the work-around!

For those who didn't know, Sony also announced that John Kodera is now promoted to President and Chief Executive Officer while Andrew House will be appointed Chairman as he steps down to pursue new challenges while updating PSN's Terms of Service (ToS).
While there are currently some rumors of new exploits, we'll update this article when we receive confirmation on whether any private / unreleased exploits have been blocked that would prevent running PS4 Backup Games, PS4 Homebrew or if the last known private gamesharing method has been patched.

Prepare to recruit the best players you know, because Team Tournaments on PS4 are almost here. With this new functionality, you’ll be able to compete against other teams for prizes and status.

Team Tournament functionality will kick off on October 5, shortly after the release of the 5.00 update. The initial batch of titles supporting Team Tournaments will be Uncharted 4: A Thief’s End, Uncharted: The Lost Legacy, World of Tanks and Mantis Burn Racing, with more on the way. Head over to the Events section on your PS4 to check out details for different Events and Tournaments, and to start creating your team.

You can join or own up to a maximum of 60 different teams, and each team will have an owner and captain(s) who can manage the team. Only teams will be able to register for official Team Tournaments. Your team will have its own customizable team page where you can see team member information, and view upcoming and ongoing events that your team is currently registered for and competing in.

In addition, you can easily check out your team’s results in past tournaments with a new bracket viewer that shows full tournament standings for Single and Double Elimination tournaments directly on PS4. Communicating and coordinating with your teammates is also simple via the integrated team chat feature.

And at the same time, this will allow these users to expand their reach and build more interest in what they’re doing. Your What’s New feed will be updated with the activities of the users you’re following, so you can easily keep up on what they’re up to.

And under Friends, you’ll see a new Who to Follow section that will give you customized recommendations of who you can follow. The recommendations will be displayed in separate categories, such as Featured Verified Accounts, trending users, and suggestions based on games you’ve recently played.

We have one more feature to add to the list of updates coming to Messages on PS4. If you send a message that contains a link to a website, messages will now display a preview of the website, like headlines and thumbnails.

Outside of PS4, some of our apps are getting updates today too:

Following this update, you can switch the app into landscape mode when you flip your phone sideways, so you get a wider view of the app and it makes it easier to scroll through. In addition, you’re now able to view and post animated GIFs on community walls. We’re also adding the following languages to the app: Czech, Greek, Hungarian, Indonesian, Romanian, Thai and Vietnamese.

Stickers for Uncharted: The Lost Legacy and Horizon Zero Dawn are being added. And similar to the PS4’s Messages update, the PlayStation Messages app will also be updated to display previews of a website if you’ve received a link. Support for Czech, Greek, Hungarian, Indonesian, Romanian, Thai and Vietnamese are being added to the app.

Cheers to @SheenuTheLegend in the PSXHAX Shoutbox for passing along the news! 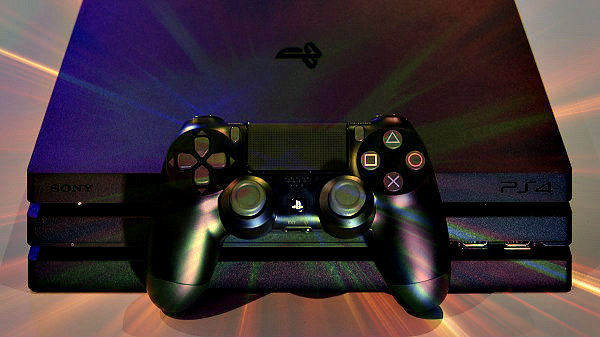 Developer
Senior Member
Contributor
Verified
Thank you for all the detailed info !

I wonder if Qwerty will release those exploits for 4.x now like he said he would

UK PETE said:
Thank you for all the detailed info !

I wonder if Qwerty will release those exploits for 4.x now like he said he would
Click to expand...

looks like more and more people are getting this error. i would advice you to wait for the fix and not to update.

your system will freeze and controller will not work. when you will restart the system it will again give you the same error. but this time you can press back and the ps4 will turn on without update. Cancel and delete it and wait for the fix.

Staff Member
Moderator
Verified
Some sites are saying the error is only happening to those who's Blu-Ray drive has a malfunction or is completely removed... I take it neither is the case for you is it?

ArthurBishop said:
That's what he said? Or s0n?
Click to expand...

I read it elsewhere, so not from his mouth directly

PSXHAX said:
Some sites are saying the error is only happening to those who's Blu-Ray drive has a malfunction or is completely removed... I take it neither is the case for you is it?
Click to expand...

only on 1 system. man this update is crap

Developer
Senior Member
Contributor
"E-801809A8" = This issue will appear only if your BlueRay drive has malfunction, and completely removed.