To quote from PlayStation Brand Marketing VP John Koller on the features:

Our beta program for PlayStation 4’s next major system software update, version 3.50 (codenamed MUSASHI), kicks off tomorrow. If you signed up for the beta and were selected, keep an eye on your email for instructions on downloading.

Regardless of whether you’re in the beta, we wanted to detail some of the key features we’re adding to PS4 in this update. We’re making it easier to play together with friends and adding the ability to appear offline when you’d rather play solo.

Finally, below are some Musashi PS4 Firmware 3.50 screenshots courtesy of Sony Japan - thanks to DualShockers.com for the heads-up. Enjoy! 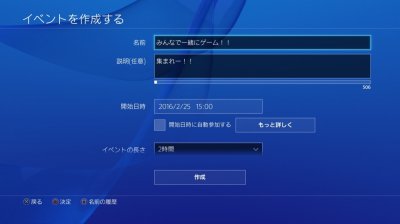 Senior Member
Contributor
it sucks development consoles don't get these types of updates...

Senior Member
Contributor
Would sony's next firmware number after 3.50.
3.55 i think they will skip it, 3.60 or something.

Senior Member
Contributor
I didn't know that, I don't have a ps vita.

Someone posted the beta online.

Jeff said:
I didn't know that, I don't have a ps vita.

Staff Member
Moderator
Verified
Has anyone tried unpacking with the PS4 PUP Tools and examining it yet?

Jeff said:
I didn't know that, I don't have a ps vita.

Someone posted the beta online.

don't trust it, need source link... Could be a exploit set up by SCEA to perms ban you, yes SCEA sets ip fake leeks to ban users... ***CLASSIFIED***