Following my PS4 VSH_4K_Mode details, this demonstration video has been recorded on a PS4 Testkit DUH-T1000AA for curious people that want to see what a PlayStation 4 Testing Kit looks like with the 6.20 firmware.

This is what a real Sony PlayStation 4 TestKit (used to develop and test video games) looks like on firmware 6.20. This console is used by games studios for those new to the PS4 scene. 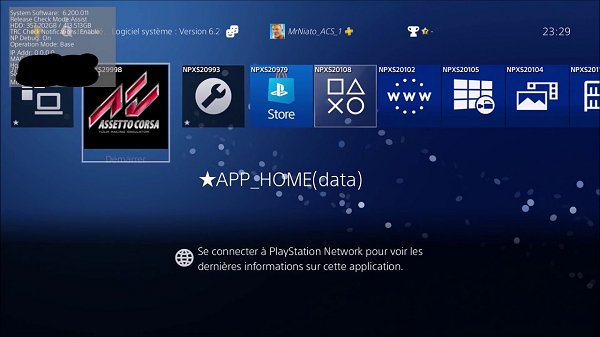 Staff Member
Moderator
Verified
@MrNiato Thanks for sharing, I'll mainpage it now for those who haven't seen a PS4 Debug machine in action yet!

Member
Contributor
Verified
how do you get this console anyway, did you buy it or did Sony lend it you?

Senior Member
Contributor
Verified
Thanks for sharing, hope to see it in public

Senior Member
Contributor
Can you go online on a TestKit ?

can we see it in public

Senior Member
Contributor
Ok thanks .. what's the point of this in the scene