Hi everyone, I have created a tool for this "modding" community, expanding on what's been done in this space.

I took out the horizon trainer file because it was actually nothing, just for demo purposes.

To start, not many people will recognize who I am because I am using a different alias. However, back in the Xbox 360 scene, I was the one who fixed up XPowerPlay by the2000 and the first person to release trainers for the 360.

Since then a lot of people approached me and I helped where I could, some of those people I encountered are even here now I believe (@DeathRGH, @vampirexx ?). That scene then took off and other people started making trainers.

That brings me to now, I've been watching the PS4 scene and what's been happening as far as memory and "trainer" tools go, and I'm happy to see some progress has been made. So I've decided to make my own contribution and help out the community as I did with the 360.

Now I've been working on this tool for awhile now in my spare time (even before PS4Cheater), but my spare time has been sparse which is why it has taken me so long to get this tool out there. Although it may seem similar to other tools out there there is added value to this specific tool.

Q: Why is this slower scanning memory than PS4Cheater?

A: While I can't speak for how PS4Cheater works, I noticed that when I did the EXACT same scan side-by-side using TUCE and PS4Cheater, I got significantly more results with TUCE than PS4Cheater. With TUCE I got over 16k results while PS4 Cheater only gave me 4k on the same scan. I'm not sure why this is but I can attest that my method will give you EVERY single result based on your search.

Q: I'm running a trainer but x,y,z value is not changing, why?!

A: A lot of values are dynamically allocated and as such the address the value is stored in changes on every console reboot. In order to trace the value back to where it gets assigned we need a debugger, which is currently not available.

Special thanks to @g991 (aka Golden) for creating jkpatch, which this tool utilizes. 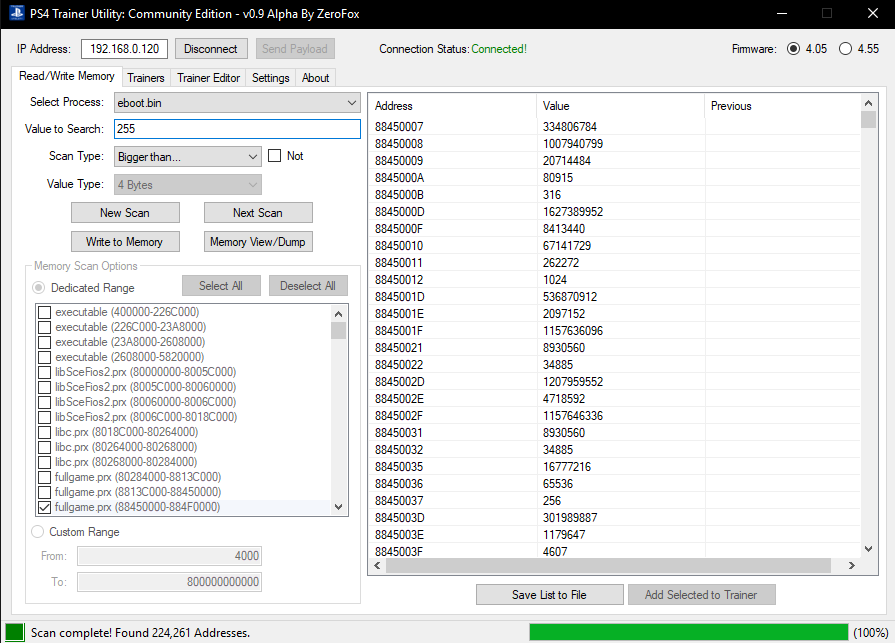 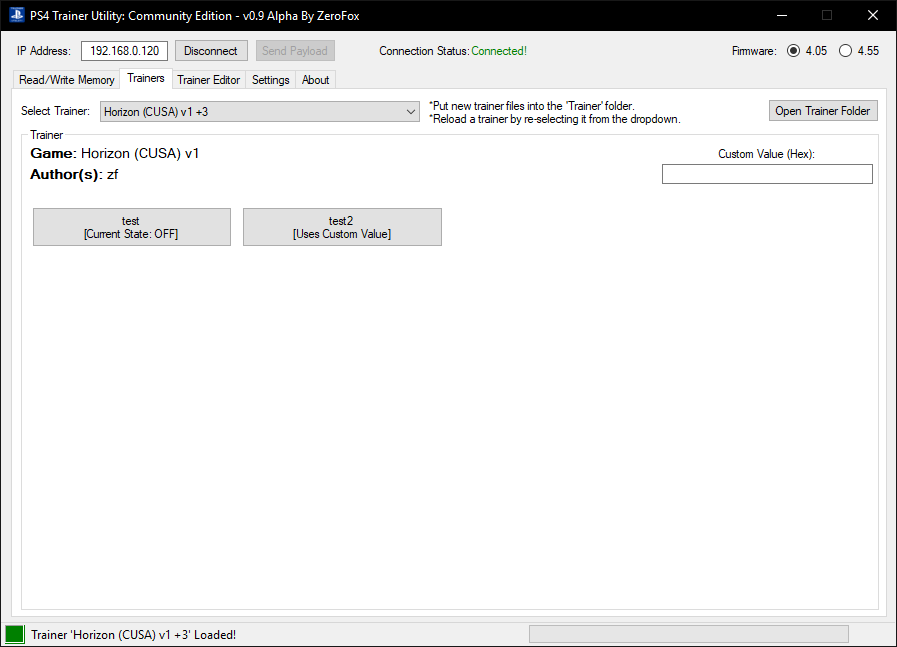 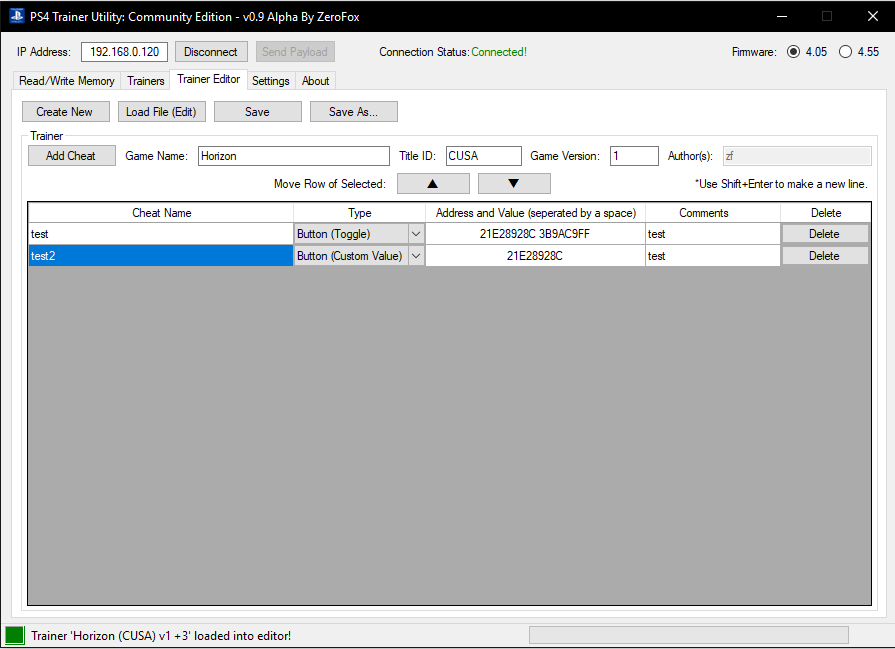 Download:
This is an ALPHA release due so many variables that I could simply not test every single scenario. If you do come across any bugs or issues, or even any feature requests, please let me know and I will do my best to provide support.

Developer
Senior Member
Contributor
Verified
Looking forward to you share with us. Thanks

I remember your amazing tool back in the golden years of xbox360!! Your nick was the2000? Thanx for your great tools and hope we can have a debugger to find the routine of the elf executable, in the meanwhile will test the tool buddy!! Thanx a lot for the hard work

Staff Member
Moderator
Verified
I updated the OP, mainpaged it and made you a Developer so that you can start new threads as needed now.

Thanks for sharing this with everyone @ZeroFox!

Member
Contributor
Verified
thanks for sharing!!! going to test it

Thank you very much for you contribution

Developer
Senior Member
Contributor
Verified
Great Work !
I still remember @vampirexx
From over @ PSX-Screne
At that time I only had a PS3

Member
Contributor
Verified
Any tutorial for this method? In new ps4-exploit-host there is no IDC so i dont have idea how to send payload.bin

Senior Member
Contributor
Verified
It works perfectly , but can you set it that to only highlight the ranges that the value were found in after the first search ,so that there is no need to scan the ranges the dont have the value again in Next Search