To quote from his post on NGU: Hello everybody after a while being away for a long time

Recently I got my PS4 (4.05) and thanks for everyone who spent his effort to make this happen on 4.5 and also we will not forget who is working on useful things for this community.

I spent the past two days looking for PS4API to control over the app memory using desktop tools/rtms, and unfortunately I got some but seems not worked with me or not stable enough (I am not underestimating their work, I really respect what they are done) also no new commits or updates on their projects for a long time.

So today I just pushed my PS4API server project into github for contribution, or for testing purposes. The client side not finished yet due the lack of time, so I will create the client lib based on the PS3Lib By iMCSx components (if he doesn't mind) to make it easy for people who already has created PS3 rtm tools and to make it simple for updating PS3 tools to PS4 (only changing the addresses will be enough) and the RPC as well if needed.

As I promised you guys I've finished the client side library in c# to make it easy for people who interested in making RTM tools. also demo app included for demonstration.

And from the README.md: PS4API Server

This project allows you to control PS4 game memory for reading/writing calls. with this project you can make RTE/RTM tools

use CTurt's PS4 *** from xvortex's repository. then follow the instructions on how to add the *** path to your environment.

Code:
commands:
args:
Contributing
Added some *.bin to test or you can follow the args mentioned above to create a *.bin (Little Endian) and inject it to the server (PS4IP:9090) using nc/ncat. I will create the complete client side project ASAP.

No unknown bugs as far as I know already tested on IDC exploit page, and worked smoothly using nc/.bin

Feel free to comment below any bugs to fix. also your feedback is valuable.

CTurt -> the ***. Specter -> exploit implementation. IDC, xvortex, 2much4u, who else I missed (message me for the Credits)

Cheers to @HydrogenNGU for the heads up on Twitter earlier today! 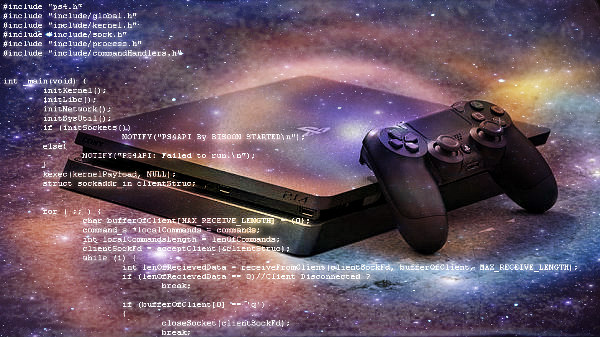 Staff Member
Moderator
Verified
It depends on what you're looking to do... for running game backups probably not, but devs looking to make RTE/RTM tools can make use of it.

Josie said:
bs tool, nobody needs it
Click to expand...

This is such a great tool.

I´ll be waiting for the rest of the tools.

Member
Contributor
Josie delete your... PSXHAX delete his account for him

Senior Member
Contributor
Verified
RTE and RTM tools BS? Modmenus and RTM tools as CCAPI were the main reason for most of my customers to mod their PS3. Personally i dont give a sht about this stuff either (to old i quess ) but it sure helps to make the scene even more popular.

Josie said:
bs tool, nobody needs it
Click to expand...

And this exactly the reason why some people prefer to keep things private instead of sharing it. People do not appreciate the work others have done and all they can do is talk crap.

VIP Member
Senior Member
Contributor
Verified
Damn, I can't wait to see how the community utilizes this... Great work and a huge thanks for sharing! Cheers