PS4KernelHooksHelper by 0x199 & How to Run PS4 Backup Games Guide

Since the initial Zecoxao Tutorial, 1.76 BurtE Guide and most recently the Video Guide by Modded_Warfare today PlayStation 4 developer @0x199 made available a noob-friendly Socat mod called PS4KernelHooksHelper via Twitter to easily send kernel_hooks to your PS4 and grab the logs alongside a condensed guide on SCE.Party for how to run PS4 backups games.

To quote from his new PlayStation 4 hacking site SCE.Party: How to Run Backup Games

In this tutorial I will explain how to run backup games using tools to make the process easier.

First you will need five things:
Now you have that ready, let's get started.

Preparing the PS4
Loading the backup
All done! Your backup is now running on your 1.76 PS4.

Also below from @ZeraTron (Twitter) is a another tutorial via SCE.Party on How to Run Backups as Full Games, to quote:

In this tutorial, you are going to learn how to setup and use a game backup.

PS: I'm not gonna explain how to setup the web browser and the elf loader in this tutorial, you are on your own.

Payloads to run backups. Download the one corresponding to the disk game you want to use to boot backups.

Payloads haven't been tested yet, but should works. Report to ZeraTron_ if there's any problem. Also note that if you know the CUSA code of the the missing payloads, you can contact me to give me them so I can add the payloads.

US
EU
If you can't find the game you would like to use, refer to the Contact section at the bottom of this page. usb based versions will comes soon as well.

Once the requirements full filled, you are ready to begin!
Keep in mind this tutorial is in WIP and will be more detailed later.

Credits to:
Contact:
And from SCE.Party is also a Tutorial: How To Use the Local ELF Loader as follows, to quote:

I've seen many people struggle with this, including myself when I first tried it out so in this tutorial I will explain how to use the local ELF loader.

First off, you will need the ELF loader which you can find by clicking here.

I will try to keep it as simple as possible. Let's get started.
I hope this tutorial helped some of you out.
Here's a brief How To Merge Package Files Tutorial via 0x199 / SCE.Party also, to quote:

A lot of people have been asking me lately how they can install the games found on the packages page on their exploited console, so in this tutorial I will explain how you can install them. 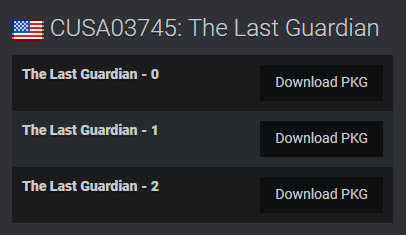 Congratulations, you just merged a full PS4 game. Once the flat_z method releases, you will be able to run this game without a license.
Cheers to @UmarDaBest559 for the heads-up in the PSXHAX Shoutbox earlier tonight! 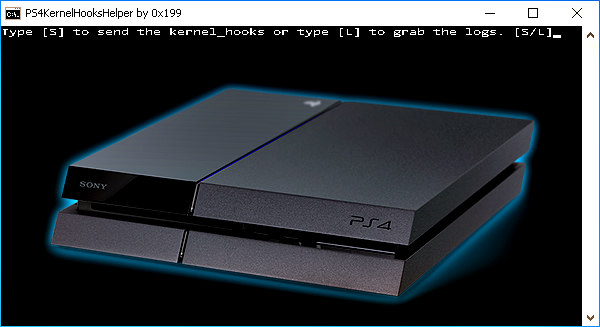 Senior Member
Contributor
why not just a batch???

is it the Firmware of the PS will change from 1.76 to 50.00 ? if yes is it permanently or temporarily and will be resetted after turning of the ps

will that help to play games from other higher firmware without problems ?

Staff Member
Moderator
Verified
Correct, when you turn of the console it will reset each time... as for why you can't use the payload to play games that require higher firmware see the posts linked HERE.

In short, the PKG keys are different and for PSN access you'll also need to spoof index.dat and X-Passphrase per @zecoxao.

Because it needs nc.exe (NetCat to send and listen to the port), kernel_hooks (which is being send with NetCat), ps4ip.txt (for the batch to get the PS4 IP).

Member
Contributor
Great work , is there any news about downgrade to 1.76 ?

Staff Member
Moderator
Verified
I haven't heard anything recently about downgrading to 1.76, which may not happen unless there is a Sony leak like with the PS3 and PSP Jigs.