PS5 Backward Compatibility May Not Support All PS4 Game Titles Yet

Previously we saw initial reports that PS5 backward compatibility with PS4, PS3, PS2 and PSX titles may be in development, followed by specifically PS4 Game Support on PlayStation 5 with definitive confirmation of the latter from Sony's Mark Cerny earlier this year.

According to a recent Famitsu.com article following the PS5 official announcement this week though, PS5 backward compatibility may not support all PS4 game titles by launch as it's currently a work in progress.

To quote, roughly translated: "About compatibility with PS4

At present, the official announcement of SIE is that the PS4 software compatibility, which is described as “Designed to achieve compatibility with PlayStation 4 titles,” we are verifying. Please wait for further information. It is premised on compatibility, but how far titles are targeted is undecided." 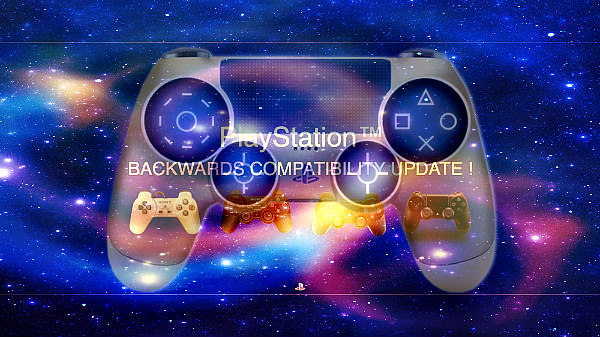 Senior Member
Contributor
Verified
All exclusives and RDR2 are enough for me.

Senior Member
Contributor
If I can play Bloodborne at 60+ fps, I'll be happy.

Senior Member
Contributor
If the PS5 is x86 based, and it would be stupid for a non-portable console not to be nowadays, PS4 backwards compatibility should be simple.

The holdup is probably to figure out how to sell remakes of last generation games if they are already 1080p/60 or 4k and play well.

Member
Contributor
Verified
I find it weird that they come with the backward compatibility after they launched PS now... I've been waiting for this a long time, but let's just wait and see what's in the official compatibility list.

Senior Member
Contributor
Verified
I will not buy ps5. Triumph of form over content. crap

For me PS4 is just for exclusives, jRPGs and some adventures. Didn't afford to play FPS (really?) on PS4, I has PC for it (144Hz and 60-120 FPS+, can't compare it to PS4). But jRPGs I can always play on laptop. So just exclusives, not more than 10 good ones in a lifespan. Even maybe just sell mine PS4, while it has reasonable price with 5.05 KEX onboard.

Later can borrow PS4 somewhere when TLOU2/FFVII Remake arrives. That's all - no more than 4 good games left in this lifespan (maybe not 4, RDR2 & Detroit will be released soon, Kingdom Hearts 3 also confirmed on PC; FFVII Remake also IMHO will be released on PC)... So just TLOU2 left. Will I update to latest fw for 1 game? No!