While PS5 OFW 4.50 is currently the official release version, Sony confirmed that later tonight / tomorrow (depending on your time zone) PS5 Beta Testers will receive the PS5 Beta Firmware / System Software 3.0-05.00.00 update alongside details on the new PlayStation 5 features below.

Previously Beta testers in the PlayStation 5 Scene got to try out PS5 Beta 2.0-04.00.00 Firmware, and while not required for the Share PS5 Videos & Screenshots via PlayStation App feature that began rolling out this latest iteration was initially rumored to arrive at the end of January 2022.

As always, Beta testers are advised NOT to update if they wish to use PS5 Game Backups and PlayStation 5 homebrew apps, emulators, etc whenever a public PS5 Jailbreak Exploit (PS5Jailbreak Status) arrives... with recent progress including PS5 Webkit Execution on 4.03 Firmware for those new in the PS5Scene.

The beta program has certain limitations. Be sure to read the limitations below before using.
Of course with this being a beta, there could be more features included in the final release, as well as some of these not being included when the actual firmware update is released out into the wild. 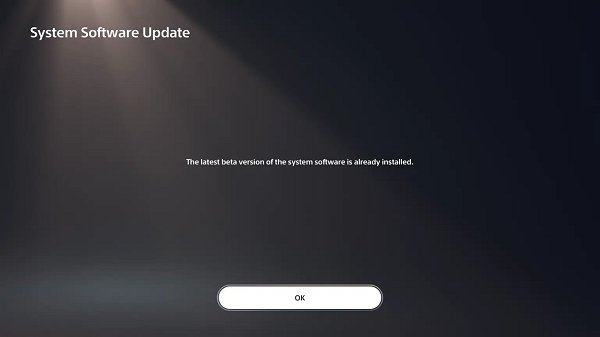 Senior Member
Contributor
Verified
Pretty dank since i don't own a PS5 yet, one day in the near future when PS6 comes out LOL

Senior Member
Contributor
Verified
Have PS5 and won't test it. Stay with FW 2.30.

Member
Contributor
mine is at 4.03 and it will stay there...

Member
Contributor
Anyone who has a US PS5 code that doesn't want to update wanna share? Let me know

Member
Contributor
Verified
it will probably be a fix for jailbreak