Following their PS5 Japanese Preview Videos a few weeks ago, here's a rough translation of this latest PS5 News via MP1st.com to quote:

"In an interview with Japanese site 4Gamer.net, Ootori explained that the behavior of the Accelerated Processing Unit (APU) in each game will determine how Sony will optimize fan control, using the data to deliver updates that will fix and adjust each unit accordingly:

“Various games will be released in the future, and data in the APU’s behaviour in each game will be collected,” Ootori said. “We have a plan to optimise the fan control based on this data.”

In Sony's recently released PS5 teardown video, it was revealed that the next generation system has a double-sided air intake fan to help cool the system as it heats up as it's being used.

There's also a temperature sensor inside the console, three in the main board to control fan speed and one in the APU itself. This of course will all be adjusted once Sony collects data and tweaks the fan speed according to each game's performance. The heavier the load, the louder the fan sound will be to compensate for the cool down."

It sounds like PS5 gamers could spend more time updating (or blocking) PlayStation 5 software updates than actually playing next-gen games... let us know your thoughts in the PlayStation 5 Forums by commenting below. 🎙 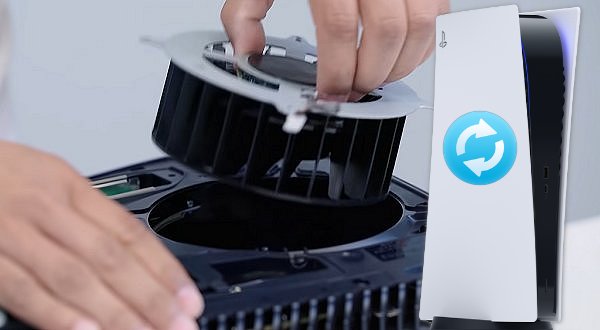 Senior Member
Contributor
Verified
What walmart is that at XD

Staff Member
Moderator
Verified
Someone who works in electronics at a Walmart in Oklahoma said both the employees and register automatically stops them from actually being sold / purchased before the official US PS5 accessory release date of October 30th... which is a few weeks ahead of the PS5 console launch on November 12th.


My guess is between now and October 30th we'll see a lot of DualSense / PS5 accessory leaks from people who 'bypassed' the wait one way or another.

Senior Member
Contributor
Verified
@mittyredstar actually, big fans make less noise than smaller fans, because they don't have to spin as fast to displace the same volume of air to cool the components. And from the size of its heatsink, I reckon the PS5 will provide us with a relatively quiet experience... Wait and see!

Senior Member
Contributor
Verified
I feel like there is potential for failure with the fan. Has its own software updates (included with the ofw update of course)

Senior Member
Contributor
Okay so multiple firmware that need to communicate with each other to increase the difficulty of entry OR more avenues to achieve entry? Wonder what the geniuses think about it.