Category PS5 News       Thread starter PSXHAX       Start date Jan 26, 2020 at 11:19 AM       3,353       7
According to rumors based on a recent patent from Sony Interactive Entertainment (SIE) uncovered at the USPTO, the upcoming PlayStation 5 next-gen console may feature a reworked game invite system potentially with picture-in-picture functionality allowing players to invite you into a game by launching it as a PS5 background process.

To quote from RespawnFirst.com on the summary of their latest find: "Here are some key points from the full document.
And from the patent, to quote: "Systems and methods for establishing a multiplayer gaming session are provided.

Recently Sony's CEO Jim Ryan shared his thoughts on a PS5 Release Window for the Holiday 2020 launch, and here's to hoping more will be revealed in next month's PlayStation Meeting to finalize details on a new PS VR Headset incoming and the next-generation PlayStation 5 console. 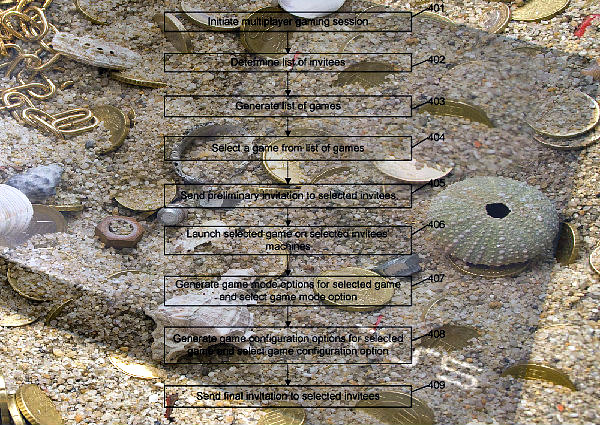 Member
Contributor
Verified
it seems like the next gen systems will finally have proper multi-tasking.. perhaps the PS5 will be what Sony made the ps3 out to be.. yet it lacked background installs (granted RAM size exploded over the last 10 years) still I'm waiting for a console with file management and true USB access, a proper web browser, etc., that I can replace my PC with

Really hope they release a PS1/PS2 memory card adapter like they did with the PS3 otherwise nobody is gonna wanna start everything from scratch.. again.. takes some of the nostalgia away if you don't get to backup your saves the same way you used to or enjoy the hours of work ya put into your games back in the day...

Senior Member
Contributor
Verified
Looks like they want to preload a game in the background when an invitation is received, so that if you accept the invite you can be loaded into the game faster. Hopefully this preloading doesn't cause a performance issue while you're currently another game.

Member
Contributor
Verified
The machine looks amazing from what I saw and for its self being backwards compatibility for all playstation disc models I think that Sony and there users are going to be sastified with this make.