The PS5 Price will be affected by Costly Parts (DRAM / NAND Shortages), but according to a recent AMD Presentation the PS5 won't be delayed due to the Coronavirus (COVID-19) outbreak... however, according to PlayStation Japan's tweet below (now removed) they planned to host a panel on the next-gen PS5 console during GDC 2020 before the event was cancelled.

Update: A quick update on backward compatibility – With all of the amazing games in PS4’s catalog, we’ve devoted significant efforts to enable our fans to play their favorites on PS5. We believe that the overwhelming majority of the 4,000+ PS4 titles will be playable on PS5.

We’re expecting backward compatible titles will run at a boosted frequency on PS5 so that they can benefit from higher or more stable frame rates and potentially higher resolutions. We’re currently evaluating games on a title-by-title basis to spot any issues that need adjustment from the original software developers.

In his presentation, Mark Cerny provided a snapshot into the Top 100 most-played PS4 titles, demonstrating how well our backward compatibility efforts are going. We have already tested hundreds of titles and are preparing to test thousands more as we move toward launch. We will provide updates on backward compatibility, along with much more PS5 news, in the months ahead. Stay tuned!

We know that fans are excited to find out more about our next-generation console, PlayStation 5, and exactly how it will bring about the future of gaming.

With these capabilities, PS5 will allow developers to maximize their creativity, building expansive worlds and new play experiences in the games they design.

This presentation from Mark Cerny, lead system architect for PS5, dives deep into the hardware system’s architecture and how we designed PS5 to benefit developers and the games they create.

As Mark discussed in his presentation, PS5’s ultra-high-speed SSD and integrated custom I/O system were developed with the goal of removing barriers to play – specifically loading screens. Developers are able to stream assets into PS5 games at an incredibly fast rate, so PS5 play experiences can be seamless and dynamic, with near-instantaneous fast travel through large game worlds.

This enhanced speed will enable game developers to create larger, richer worlds without traditional limitations, such as load times, and also allows gamers to spend more time gaming than waiting.

We also wanted to introduce new capabilities with PS5’s custom GPU. Additional GPU power will allow for higher resolution in games, but a major new feature that benefits the visuals of games even further is ray tracing. Ray tracing simulates the way light moves in real life, and how it bounces off various surfaces. Games that take advantage of this feature will render objects much more accurately, and with heightened realism. Water, glass, light refraction, a character’s hair and so on, will look even more realistic.

PS5 will also allow games to offer a much deeper sense of immersion through 3D audio. Visuals are of course imperative to the gaming experience, but we believe audio plays a crucial role as well. We wanted to deliver a compelling audio experience for all users, not just those who own high-end speaker systems.

So we designed and built a custom engine for 3D audio that is equipped with the power and efficiency for ideal audio rendering. With 3D audio on PS5, the sounds you hear while playing will offer a greater sense of presence and locality. You’ll be able to hear raindrops hitting different surfaces all around you, and you can hear and precisely locate where an enemy is lurking behind you.

Lastly, we’re excited to confirm that the backwards compatibility features are working well. We recently took a look at the top 100 PS4 titles as ranked by play time, and we’re expecting almost all of them to be playable at launch on PS5. With more than 4000 games published on PS4, we will continue the testing process and expand backwards compatibility coverage over time.

Make sure to keep an eye out for more PlayStation 5 updates down the road, and meanwhile, check out the chart below for the official list of PS5 specs.

And here is a comparison chart from Eurogamer.net: 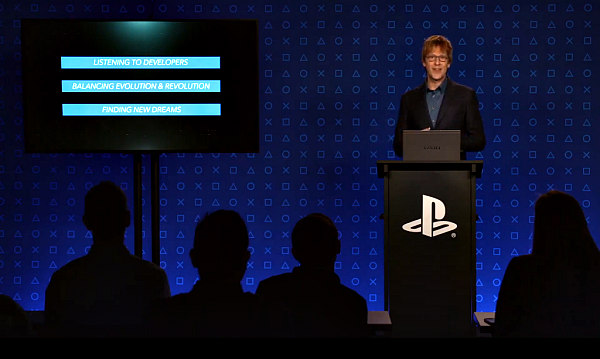 Member
Contributor
Verified
I feel quite disappointed about GPU core count. If they'd offer a PS5 PRO right from the start, I'd appreciate that.

Senior Member
Contributor
Verified
The BC being on a title by title basis is a pretty bad move. Not only does the Xbox Series X do it for ALL Xbox One games and thousands of 360 and OG Xbox games out of the gate, but it also enhances those games in multiple ways.

Senior Member
Contributor
Verified
Seems, that sh!t happens for SONY this time. Looks like XSX will be much powerfull, and offers backward compatibility with all X/X360/One games (but looks ugly as hell).

So, for now - less then 100 PS4 titles will works fine since PS5 release, and no backwards compatibility with PS1-3 titles. What a shame, 30' talks about ssd etc. On release - no exclusives? No way!

Will continue playing on PC & PS4. If no KEX arrives soon, its seems became time to sell PS4 Slim, while it still costs money (5.05 typically costs much more then 5.50+)...

Senior Member
Contributor
Verified
Let's hope that they make up for the performance loss by cutting the price cheaper than xbox. This will probably be likely, as being the cheaper console is one of the main reasons PS4 gained traction ahead of xbox. I doubt the lesser performance will turn many away, since it's not that big of a gap.

With these generations having mid-cycle refreshes, it's possible they will hop over xbox in performance at the refresh cycle. However, if they decide not to have enhanced graphics for the mid cycle, im not sure it will be worth buying this time.

One of the main draws for PS4 Pro was the 4K performance, but that should be standard out of the gate this time. It's too early to invest in 8K TVs right now, so thats not that important for me. Solid framerates for 4K is going to be where it's at this next generation.

Senior Member
Contributor
Verified
The thing we still aren't sure about is whether XSX will be the base model of the next Xbox. The way they're talking, the Xbox base model will be anything from this gen and on with XSX being the equivalent of the X1X this gen.

If XSX is their base model for next gen and so is the PS5 specs we heard today? I'm holding off for a long while to decide.

Senior Member
Contributor
Verified
I strongly doubt they will release a high end model only to release a weaker version later on. That just wouldn't make any sense (you can only go stronger, not weaker, or else you risk existing games not working properly).

Expect these units to both be base models for launch, with stronger versions released later in the future.

After watching Cerny's presentation, it looks as if you really can't go off just the TFlops and CUs alone, as there are a lot of other imporvements in the design that affect the overall performance.

Yeah, on pure power the multiplats will be the same. I guess I'm holding off to see if the differences are notable enough to make any difference.

The PS5 SSD is insane. 5.5gb/s is insane and the console itself is clearly a "game console" to the bone, in a traditional sense. XSX seems to be more PC-like so the power should basically be the same and the way they go about it is a tad different.

I was going to wait a bit anyway but my claim of waiting to see is more about one or the other have thing that makes the difference noticeable. If not, I'm just sticking to Sony. It's what I'm used to.

If something makes XSX a lot better for multiplats... I'll have a decision to make as I usually only buy one device per generation. I can't afford to buy them all.

All in all they appear to be able to do the same things so it'll be a niche or odd thing that I'm waiting to see if it exists.

Member
Contributor
Verified
gonna buy it for sure