Since their initial PS5 Firmware 2.20 Update for PS5 Launch Consoles, today Sony pushed live PS5 System Software / Firmware v2.25 with details on the changes in this PlayStation 5 revision below.

As always, DON'T UPDATE if you wish to use PS5 game backups and PlayStation 5 homebrew apps, emulators, etc whenever a PS5 Jailbreak Exploit arrives in the PlayStation 5 Scene.

Below is the PS5 Firmware / System Software 2.25 Update changelog from Sony's official page:

Update your PS5 console with the latest system software. You can also check out the features that are available in the update here. In addition, you can view the online user’s guide in the PS5 console's Settings menu.

Version 20.02-02.25.00
As mentioned in the Tweets above, the PS5 XML Updater link for PS5 Recovery PUPs currently remains elusive... so if you happen to run across it let us know in the comments below and we'll add it to the PS5 Resources. 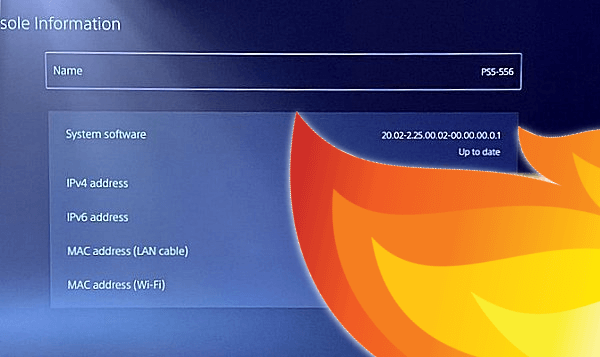 Senior Member
Contributor
Verified
TBH, the ps5 has very few launch titles and keeping on a low firmware is gonna be hard!

Member
Contributor
Yes, my question. was more like is it the day one update relevant for what dev are doing right now or not... cause if its not i'll keep it offline and update it with the disc so I'll apply only the day one patch and not the latest

Senior Member
Contributor
Verified
@stuntmanjoe94 is not worthy, do not update just to play 1 game. That's my opinion and same thing am doing.

Member
Contributor
Verified
Waiting for mine

Senior Member
Contributor
Verified
If there's one thing we learned from the PS4, it's that there is no benefit staying on a very early system version.

It's clear with all the issues people are having that they basically released the PS5 with a beta firmware, so no one is going to be interested in providing a hack until the system is at least stable and has a big catalogue of games to actually play. Even more likely, they will just keep any exploit private for years anyway..

Member
Contributor
I'm considering whether to buy the ps5, honestly the thing that intrigues me the most is the new controller. From what I see around they are enjoying it a lot.