Check them all out with some brief details on each next-gen video game below!

Meet Crisbell’s main companions! A wonderful cast of characters comes together this summer in Cris Tales to learn from the past, act in the present, and rewrite the future.

Something is stirring in MyTEAM : Uncover mysteries in Season 6: Glitched Reality and find out what is hiding within. Compete in a brand-new Domination Tier, hunt for secret codes and conquer new challenges & agenda groups to earn rewards.

Get ready to spin, flip, grind, and ollie through the greatest levels in skateboarding history, featuring enhanced next-gen upgrades for the sharpest and smoothest THPS 1+2 experience

Invite a friend to join the adventure in It Takes Two for free with Friend's Pass, even if they don’t own the game! Because whether it’s splitting an ice cream sundae, grabbing a drink, spending the night on the couch, or going on the craziest adventure of your life – everything is better when we do it together.

Also, flying through a mob of angry rodents in a plane made of underpants is 1000% more fun when you have a co-pilot.

Experience the next generation of space combat in HAUNTED SPACE. Sci-fi blends with horror elements in a story-rich adventure based on exploration, fast-paced dogfighting, trading, and ship crafting, with customizable flight simulation and intense multi-stage boss battles.

Warm up that arm of yours—in Knockout City, launching May 21, 2021, you’re gonna need it. Don’t be nervous, though! Our local lunar DJ is here to lay down some knowledge for ya on the KO City backup Radio airwaves.

You feel that? That's the electric charge of a high-energy dodgebrawl match! Before you grab a ball and jump in, take a second to get your feet under ya. And remember: practice makes perfect, but KOs win matches. Think you’ve got the stuff? Rally your Crew and prove it.

The new Season 11 and Chess Pass start today on March 28! Be prepared for the next chapter of battle together with the new chess piece Space Walker.

Behind every brilliant invention, hides an incredible story. From the makers of the critically acclaimed Fable series comes Tin Hearts – an immersive puzzle game wrapped in a powerful tale of love and compromise. Coming this Winter.

USA, 1993. You play as Ashley, a college dropout forced to run a laundromat in the depressing suburbs. The opportunity arises to build the back room of the laundromat into the ultimate arcade and prove to your father that the dream of owning an arcade can come true.

Choose from over 35 games to be in the arcade inspired by three decades of gaming – all of which are playable for you to set the high scores. Arcade Paradise will certainly send you a wave of nostalgia back to the arcade era! Coming 2021 for PS4 and PS5.

Remastered for next-gen consoles, acclaimed Sci-Fi thriller Deliver Us The Moon is coming soon to PlayStation 5

Revealed as part of WIRED DIRECT 2021, The Last Worker is a first-person narrative adventure centered around our struggle in an increasingly automated world.

Combining a handcrafted art style with uniquely immersive gameplay mechanics in an epic setting, The Last Worker delivers an emotional, thought-provoking and comedic story packaged with rich characters performed by an all-star cast. Dispatching 2022 for PS5.

Experience carnage in 4K at a smooth 60 frames per second, wreck online with up to 24 players, and crash in style with enhanced visuals, including dynamic dirt, better textures and improved visual effects.

Tennis World Tour 2 is available now on PlayStation 5. Owners of the Ace Edition on PlayStation 4 can upgrade from their PS4 version to the PS5 version at no additional charge!

DIRT 5's Uproar Content Pack and FREE Update 4.00 are rolling out now for all platforms!

Become Agent 47 and experience the start of the World of Assassination trilogy for FREE. Begin your journey as an initiate and meet your handler at the training facility to become an Agent of the ICA.

You asked Coach & Ramone questions about March to October & Franchise. They've got answers. Learn even more at this week's Feature Premiere - Thursday 4/1 at 3 PM (PT)!

Introducing Forspoken, the new narrative-driven adventure set in a beautiful yet cruel world.

Play as Frey Holland, an ordinary young woman who must harness her magical abilities to survive in the fantastical yet dangerous world land of Athia.

Developed by Luminous Productions for PlayStation 5, Forspoken will take players on a magical and perilous journey. Stay tuned for more information to come later this year.

Warning! You are now entering a Zombie Containment Zone. Survive the Zombies Onslaught in the new Limited Time Mode in Call of Duty: Black Ops Cold War. Complete the undead challenge to reap the reward. 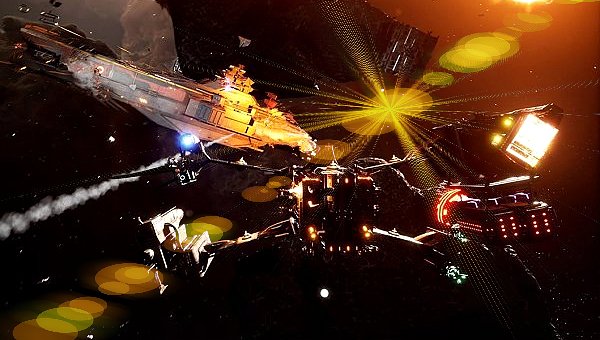 Member
Contributor
Yeah, catalog is getting richer, but still are the shortage of CPUs.

Senior Member
Contributor
Verified
Never heard of most of those games.

Senior Member
Contributor
Verified
@MisterBleak
By then it should have a decent library of games.

Member
Contributor
Verified
I'm still waiting to see a major leap between last gen and this one on a game... maybe I'm out of the loop...