This comes after new exemptions were announced from the Feds giving consumers the right to hacking DRM when legally repairing electronic devices they own.

Hopefully this Circumvention of Technologies complaint won't affect any of the YouTube Channels by members, but feel free to use this discussion topic to voice your thoughts on the matter and suggest alternatives to YouTube for sharing videos online.

To quote from Sn34kyMofo on Reddit: "This morning, YouTube terminated my channel, as well as Guided Hacking and CheatTheGame's channels. I've appealed the termination, but because this appears to be a concerted effort, I'm not holding my breath that I will be able to reclaim the channel.

The reason for termination was cited as the following:

CTM (Circumvention of Technological Measures) complaints are apparently the immediate death of any reverse engineering or hacking channel YouTube or any complaining entity sees fit to target. Check out the following verbiage from the page linked above:

When we say circumvention of technological measures, we’re referring to tools that allow users to evade a software’s licensing protocol. This can mean serial numbers, keygens, passwords, and other methods to hack software or games.

A CTM claim is appropriate when the infringed material isn’t present in the video (or directly linked to), but the video offers a way for users to access it illegitimately.

Basically, a debugger attached to any application for any reason at all is cause enough for an actionable CTM claim. With that wording above, a company like Microsoft could technically target a video that shows people how to use x64dbg to invert the font/background color in Notepad. Why? Because even though the video wasn't demonstrating how to crack Windows, x64dbg can be used as a tool to do such work, and Notepad is a part of Windows, ergo CTM complaint.

Anyway, this is just a word of warning to anyone who runs, or has considered running, a game-hacking channel on YouTube. No matter where you fall in the spectrum of white hat to black hat, it seems you stand to be whimsically terminated." 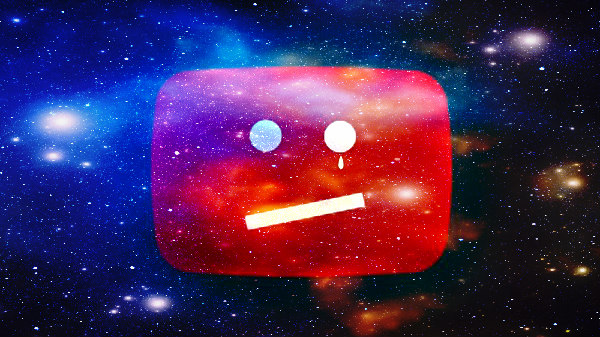 Senior Member
Contributor
We need another alternative other than YouTube

Staff Member
Moderator
Verified
I'm actually surprised there isn't one already... Twitch is owned by Amazon but primarily for live streaming, or could it also be considered a replacement for YouTube to host game hacking videos?

Senior Member
Contributor
Try Twitter clips, hmm... or u can do Vimeo

Member
Contributor
I can't wait till I have psn on my console !! Imma show you who boss $ony

Senior Member
Contributor
Well i'm pretty sure twitch doesn't allowing hacking games since the report streamer option have a "hacking a game" as one of the reasons.

Developer
Senior Member
Contributor
Verified
Its a Crazy Time for Youtube
Screw them for Terminating
3 Damn GOOD Community Channel's
And Cheat the Game Community
have moved over @ cocoscope: https://www.cocoscope.com/channel?i=18524
I have open up one to and
I do hope Stephen Chapman Makes one also

Developer
Senior Member
Contributor
First of all, sorry for the close. I experienced the same thing close to 1 year ago in YouTube. Since then I decided to create two channels on YT, one for tutorials and other one for lives. Unfortunately from time to time I received strikes. So I decided to change my plan

Today all my videos are live streams, even if it's a tutorial, and I stream from Twitch. It's true there will be less people, but if money is not the goal then, once the stream ends, I export it very easy with just one click to YT. If the channel on YT would close, that's not a problem for me, because most of people knows me already in Twitch.

During all time of my live streaming I got a banner in the footer showing my social contacts, like twitter, and twitch mainly, so I've been doing this education process during 6 months , because I'm pretty sure, my channel will be closed again

Meanwhile I created a discord channel where most of the subs share and talk about our topics.

As a result, creating community, not only viewers. This is what you will get, this is what remains, when your channel is closed. And if that happens suddenly as I was my case I never had the choice to send a last video. So it's very important to repeat the message, in my case I always in my videos say, there is a channel in twitch which is bla bla bla you can find me if YT channel is closed.

That's my experience. I hope it helps.

Don't give up. Change the plan, and try again

Senior Member
Contributor
There are several good sites out there as YouTube alternatives like PeerTube but the only problem is that majority prefers YouTube and maybe that's why content creators thinks that they can become famous or something in no time. Google/Youtube are nothing but a bunch of DRM sycophantic pussies.