Today Sony officially announced that their PSN Online ID Change feature is entering the PlayStation Preview Program soon for testers, followed by a full rollout for all PS4 users planned for early 2019.

This change comes following an earlier PSN Name Change discovery by developer @Tustin who noted on Twitter the following:

"Found something interesting that might be hinting at PSN name changes. User profiles now return a numeric id called accountId, possibly indicating that Sony has finally switched to a proper primary key for users. This accountId replaced something called a npId: "accountId":"5607374635837594712""

Here's what Sony Social Media Director Sid Shuman had to say on the upcoming PSN Online ID Change, to quote:

The PSN Online ID Change feature beta will be a part of the PlayStation Preview Program, and will become available to select users that have pre-registered as testers for previous PS4 system software betas.

During the preview program, you will be able to change your online ID as many times as you want. The first change is free, and changes after that will cost $9.99 USD / CAD. For PlayStation Plus members, it will cost $4.99 USD/ CAD after the first change. Changes to online ID can be made through the Settings menu or via the Profile page of your PS4.

When you change your online ID, you will have the option to display your previous ID with your new ID, so your friends can recognize you. Once you decide to display your old ID or not, you won’t be able to adjust this after completing the online ID change process.

This feature is compatible with PS4 games originally published after April 1, 2018, and a large majority of the most-played PS4 games that were released before this date. However, please note not all games and applications for PS4, PS3 and PS Vita systems are guaranteed to support the online ID change, and users may occasionally encounter issues or errors in certain games.

If for any reason you experience issues after changing your ID, you can revert back to your original ID for free at any time (you will only be able to revert once during the preview program). Reverting back to an old ID will resolve most issues caused by the ID change. In addition, when this feature officially launches, a list of compatible games published before April 1, 2018, will be provided on PlayStation.com for reference before you make a change.

The preview program for this feature is scheduled to conclude at the end of November 2018. The full rollout of the feature to all PS4 owners is planned for early 2019, so stay tuned for updates down the road! 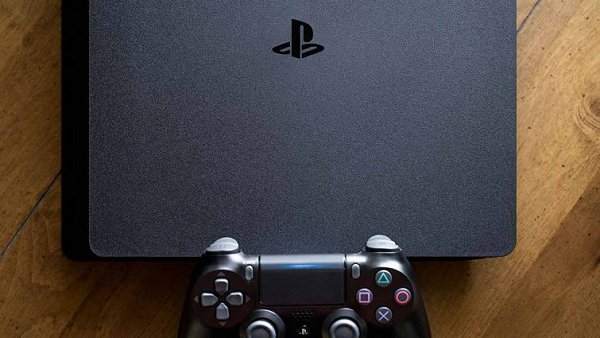 Senior Member
Contributor
Verified
I don't care about PSN. Never used it and never used online either. So I am fine.

Senior Member
Contributor
Will our original ID be locked so that no one else can claim it?

Also, does the compatibility generally only apply to online aspects of the games or is it a license/game save level?

I haven't had a PSN for yeaaaarssss. I think I had a few going with super cool usernames. I should sell them...

Senior Member
Contributor
I think accounts that haven't been online in 2 years the name should be thrown back into the pool of available names. And $9 is ridiculous it should be $5 for everyone.

​
Got an email today.

Staff Member
Moderator
Verified
Interesting indeed, thanks for passing the word along!

Also here's a link to the PS4 6.10 BETA 2 PUP and the BETA 3 PUP from @Sametto Chan, as always it only works for those in Sony's PlayStation Beta Tester Program and be sure to read the Warning below before attempting to install it:
For anyone who wants to update from 6.02 to 6.10 beta but didn't get invited. Thanks to the people who found the way to bypass: https://pastebin.com/raw/prjYThmG

DEFAULTDNB confirmed this (legacy) method no longer works without an invite into Sony's Beta Tester program - From Pastebin.com: PS4 ~ Update to 6.10 beta without needing invite