To celebrate PlayStation Vita's birthday, PS Vita developer Yifan Lu with help from H of UkakNEH made available PSVIMGTools for backing up and restoring data on the PS Vita handheld console similar to the PS3 backup tool.

PSVIMG files are encrypted files generated by CMA in backing up and restoring data from the Vita.

When CMA is used to backup system, game, or savedata from the Vita to a PC or PS3, the following algorithm is used:
Secrets

If you look at the 16 character hex directory name included in part of the backup path, that is your PSN account id. The AES256 session key is calculated by doing a SHA256 hash of the 8 byte hex binary representation of the PSN account id followed by the secret phrase: Sri Jayewardenepura Kotte

Code:
SHA256 of this buffer generates the AES256 session key of:

Code:
Unfortunately, this is dependent on the PSVita for executing using the EncDecKeygen function. The AES256 key is altered inside the F00D Processor (Octopus Exploit) in some way currently unknown. Upon decryption, the session key is sent to F00D and an assigned slot.

When the HW crypto engine is invoked to perform the decryption, it is given the slot number. Presumably, the crypto engine talks directly with F00D to use the derived key.
Finally, from MRGhidini comes PSVIMGTools Frontend (GIT) followed by PSVIMGTools Easy FrontEnd (GIT) with a demo video below!

Thanks to @CelesteBlue for the post on this news! 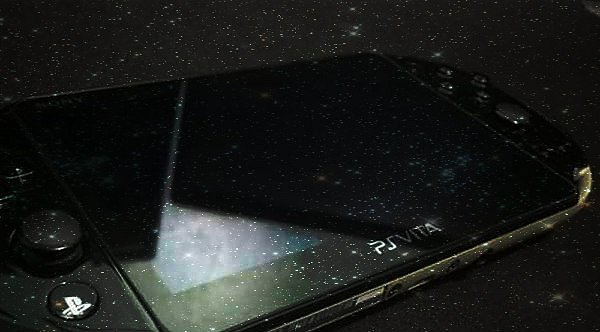 thanks for the info i'll make another page for this

Developer
Senior Member
Contributor
Verified
I have to precise that it was made possible thanks to H. investigation into lv1 on vita fw 1.50.

Staff Member
Moderator
Contributor
Verified
Thanks for making a thread on this @xxmcvapourxx and to @CelesteBlue for the tip, I've mainpaged it as well.

PSXHAX said:
Thanks for making a thread on this @xxmcvapourxx and to @CelesteBlue for the tip, I've mainpaged it as well.
Click to expand...

Staff Member
Moderator
Contributor
Verified
Thanks for the update, I've added a mirror to the zip in the OP now

PSXHAX said:
Thanks for the update, I've added a mirror to the zip in the OP now
Click to expand...

No problem though i am unable to compile it seems, i guess i'll just wait for the official release

Member
Contributor
What exactly we can do with this tool in noob terms? Restore encrypt games in PS VITA 3.63 or just in 3.60 ?

Thanks lot PSXHAX and YIFANLU

xstationbr said:
What exactly we can do with this tool in noob terms? Restore encrypt games in PS VITA 3.63 or just in 3.60 ?

I would like to know that too, or maybe is for keep the system files safe in case of brick? like what happens few months ago with those vpks that bricked several vita's