We’re close to the start of Season 4 and the release of Operation White Noise, the upcoming content drop set in Seoul, South Korea.

Featuring two new Operators from South Korea’s 707th Special Mission Battalion and one new Operator from Poland’s GROM unit, Operation White Noise also comes with a new map set high above the city’s skyline, in the Mok Myeok observation tower where attackers and defenders will battle it out at higher altitudes than normal.

“The objective for White Noise is to alter the meta and current tactics,” says Alexandre Remy, brand director on Rainbow Six Siege. “We want to have a season that’s about intel and communication.”

Designing new Operators and gadgets that can disrupt prevalent strategies and counter popular Operator picks is a big part what the team of thinks about when planning new content for Rainbow Six Siege, but there are a number of other factors that come into play during the conceptualization phases of a new Operation.

“The first criteria is that we want our players to travel, and that means going to a country, city, or location where we haven’t been before,” Remy explains. “The second criteria is that country should have a counter-terrorism unit.”

“At the conception level, we separate art and fantasy versus gameplay. The gameplay and design teams look at the meta through stats, forums, the community, and playtests,” he adds. “The team has a pretty clear idea of either what is missing or what we need to improve, and what behaviors we want to encourage with each new Operator.”

As an example, Remy says that Operation Blood Orchid was designed to shorten the time to engagement, with both attackers and defenders given gadgets to support more aggressive play styles.

“Operation Health was where the whole player experience, when it comes to services, is key,” says Remy. “If the base services – matchmaking, connectivity, or ping – for players don’t work properly, then the quality and the quantity of the content you bring doesn’t matter.”

Additionally, the full editions of the game will be on sale for up to 60% off from November 16 through November 27, and if you purchase Rainbow Six Siege, your progress from the free weekend will carry over. 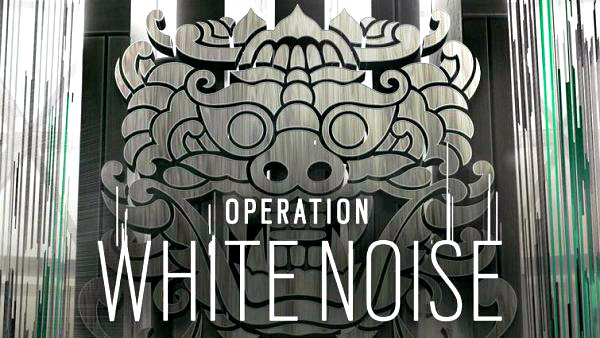