ReactPSPLUS to Reactivate PS Plus Games on PS4 5.05 by Thunder07

There's some additional details in his blog post on MadNation.net, and here's what the README.md states: reactPSPLUS

The code has been currently tested to build using xvortex/ps4-payload-*** however, i see no reason it wouldnt build with cturt or idc's ***. To add, the code is rather simple it can be easily ported to any other current *** or even future ***(s)

The payload would set the internal clock to 2013 and your PS+ games would start working, you wouldn't even need to have HEN enabled to use these games since they're legit games and would work normally like any digital game, if you're not connected to the internet, you will not need to run this exploit again. it might be worthwhile dumping your games to make sure you never lose access to them.

The standalone payload loader for PS4 5.05

re-activate your testkit vita after it expires

upon running activate.vpk your activation data will be backed up to pd0:/data/ and ux0:/data/ its highly recommended to make a copy on your PC as well.

pd0:data/ because its read-only and it remains even after updating or reinstalling the firmware. basicly it would be difficult to actidently delete them

oh, btw there's a bug where henkaku wont run if your kit is activated so if you plan on using 3.60 id recommend just using Princess Of Sleeping's plugin to hide the "testing kit expired" message, for now. 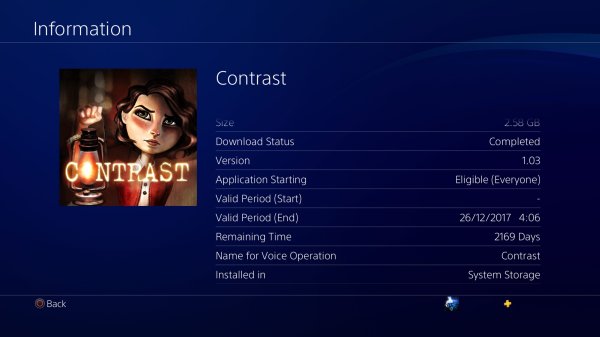 Member
Contributor
How do I withdraw that the trophy dates are giving wrong dates, somebody knows how to return to the normal date? How do I run the ps4 internal clock to return to normal?

Member
Contributor
Verified
I've been trying to change the date to a specific time using OP's web interface but failed to do so as I always get "Not enough system memory" and then I read issues on the GitHub repo where I found out that you calculate seconds from 2012 to your desired date and edit the code and compile.

As far as Compiling is concerned, I've never used PS4 ***s before and hence I'm having a hard time installing em on my windows machine, tried cygwin and Windows Ubuntu and both of them are throwing me different errors "cannot perform PE operations on non PE output file 'temp.t" or "fatal error: ps4.h: No such file or directory".

An answer or a Solution to get back to a specific time would much be appreciated and sorry, this is my first time modding my ps4.

I managed to make a payload to reset time back to April 2020, feel free to use it guys

Member
Contributor
Is the demo website not working anymore? Never loads up anything

Staff Member
Moderator
Verified
The Live Demo page itself is still live here, however, from a PC it just sits 'loading' versus actually working as it would from a PS4 browser.

Member
Contributor
Oh gotcha! thank you for clearing that up

Staff Member
Moderator
Senior Member
Verified
will there be an update of this for 6.72 does it activate psn time limit

Senior Member
Contributor
Verified
So does it look like this’ll be updated for 6.72? Or should I just go ahead and delete the 2TB of psn games I got now?

So I guess that’s a NO

Senior Member
Contributor
Verified
@laz305 if you have PSN games that haven't been dumped yet then keep them for when this program or something like it comes to 6.72 and you can activate them and dump them then. Delete the ones that have already been dumped. that way you save a lot of space and don't lose the unavailable games.
You must log in or register to reply here.
Share:
Facebook Twitter Reddit Email Link
Recent Articles
PS4 6.72 Exploit Menu Updates by Leeful74, PlayStation Bounty by TheFloW
Following his PS4 6.72 Jailbreak Exploit Menu & PS-Phwoar! Host Menu Demo, PlayStation 4 homebrew developer @Leeful (Leeful74 on Twitter) recently shared some new PS4 6.72 Exploit Menu Updates...
How to Update Codebreaker Cheat Database on PS4 with PS2 Games Tutorial
Let's get this out of the way. Yes, things have gotten fancier, gaming has come on leaps and bounds but the PlayStation 2 was (and still is) the best video game console of all time! And as funny...
Orbis Suite for PS4 Homebrew Development by OSM-Made (OldSchoolModz)
Proceeding the PKGDT Suite of PS4 PKG Backporting Tools, developer OSM-Made (@oldschoolmodzhd aka OLDSCHOOLMODZ on Twitter) recently updated Orbis Suite with PS4 6.72 Jailbroken Console support...
RU77 (Russia 2077) for PS VR Teaser Trailer by MiroWin Studio
Following their Guns 'n' Stories: Bulletproof for PS VR Trailer, this weekend MiroWin Studio let us know they're developing a virtual reality game with the working title RU77 (Russia 2077) about...