Recently PlayStation 4 Pro owner enMTW shared some pictures on Twitter of what appears to be his PS4 Pro console case melting due to overheating.

While there aren't any widespread reports of Sony's PS4 Pro console overheating across the Interwebs as occurred with Samsung's Galaxy Note 7 just yet, this is definitely something to be aware of if you plan to purchase a PlayStation 4 Pro soon. 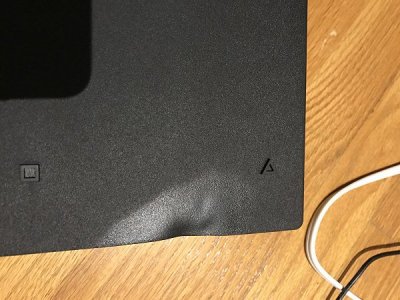 Of course some are speculating that he torched his own PS4 Pro console, to which he fired back on Twitter sarcastically accusing himself to the disbelievers 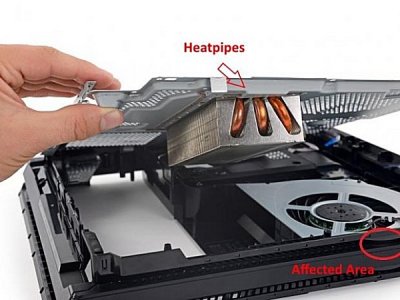 To quote from TechFrag.com: "The original PS4 did not melt even when hitting extremely hot temperatures of 70C but that console did have other issues like thermal compound cracking and what not.

We have yet to see what Sony has to say about this PS4 Pro melting incident."
Thanks to @LightningMods and @Centrino for the news tip in the PSXHAX Shoutbox!

Senior Member
Contributor
Do NOT believe this guy. If any of you have been around the days when there was no iOS 9 jailbreak on reddit you know he is a pathethic liar. You can ask anyone on reddit's jailbreak about this guy. He had been promising us an iOS 9 jailbreak for months showing us screenshots and even got on a podcast talking about it. In the end he made up an excuse that he "sold the exploits to china" and we never heard from him again.

Seriously. A lot of people including me believe he goes to extreme lenghts to make things up and get attention.

Also he talked a lot about selling drugs and doing coke and he was super aggesive towards the community. EVERYONE hates this guy. I'm pretty sure he's lying again just to get attention. Please do some research on him before commenting.

Staff Member
Moderator
Verified
Heh, I saw this video on YouTube a bit ago

Senior Member
Contributor
You really have no life if you burn your PS4 with a lighter.

Developer
Senior Member
Contributor
Looks like his struggling with his lighter ?
Well that is 2 Mins and 20 Seconds off my life that I am not going to get back