PC Gaming       Thread starter PSXHAX       Start date Oct 14, 2021 at 12:39 AM       1,274       4
The cat and mouse game continues between video game companies and cheaters, and while obtaining search warrants on suspected cheaters and filing lawsuits against modders may act as deterrents Activision's intimidation tactic comes in the form of a Ricochet Anti-Cheat Kernel-Level Driver that will first arrive in the Pacific update for Call of Duty: Warzone and subsequently launch for Call of Duty: Vanguard at a later date.

In summary, Ricochet Anti-Cheat is a multi-faceted approach to combat cheating featuring new server-side tools, an enhanced investigation processes, updates to strengthen account security and more... noting that while the kernel driver will release to PC, console gamers playing via cross-play against those on PC will also stand to benefit.

From the official Press Release, to quote: Announcing RICOCHET Anti-Cheat: A New Initiative for Call of Duty

Cheating in Call of Duty is frustrating for players, developers, and the entire community.

Our teams have made great strides in combating this persistent issue that affects so many, but we know more must be done.

We are proud to introduce RICOCHET Anti-Cheat, a robust anti-cheat system supported by a team of dedicated professionals focused on fighting unfair play.

The RICOCHET Anti-Cheat initiative is a multi-faceted approach to combat cheating, featuring new server-side tools which monitor analytics to identify cheating, enhanced investigation processes to stamp out cheaters, updates to strengthen account security, and more. RICOCHET Anti-Cheat’s backend anti-cheat security features will launch alongside Call of Duty: Vanguard, and later this year with the Pacific update coming to Call of Duty: Warzone.

In addition to server enhancements coming with RICOCHET Anti-Cheat is the launch of a new PC kernel-level driver, developed internally for the Call of Duty franchise, and launching first for Call of Duty: Warzone. This driver will assist in the identification of cheaters, reinforcing and strengthening the overall server security. The kernel-level driver launches alongside the Pacific update for Warzone later this year.

While the kernel driver, which is only a part of RICOCHET Anti-Cheat, will release to PC, by extension, console players playing via cross-play against players on PC will also stand to benefit. The kernel-level driver will subsequently release for Call of Duty: Vanguard at a later date.

What is RICOCHET Anti-Cheat?

2. Call of Duty: Warzone Adds Kernel-Level Driver. Kernel-level drivers are given a high level of access to monitor and manage software and applications on a PC, such as your PC’s graphics card driver. The driver element of the RICOCHET Anti-Cheat system will check the software and applications that attempt to interact and manipulate Call of Duty: Warzone, providing the overall security team more data to bolster security. Once the kernel-level driver is deployed; it will be required to play Warzone. For more detailed information about RICOCHET Anti-Cheat and its kernel-level driver, read the dedicated FAQ.

4. Feedback and Transparency Are Crucial. You are also a critical part in our pursuit to combat cheating. So, please continue to report issues in-game, allowing the RICOCHET Anti-Cheat team to adapt all tools to combat cheaters.

How the kernel-level driver works

The kernel-level driver for PC as part of the RICOCHET Anti-Cheat system monitors software or applications that attempt to interact with Call of Duty: Warzone.

The driver will help the RICOCHET Anti-Cheat team to learn about suspicious behavior, using that data to strengthen overall anti-cheating security over time.

Ensuring player privacy is extremely important, and the prospect of a kernel-level driver may give some players pause. Given those concerns, here is how your privacy will remain unaffected with RICOCHET Anti-Cheat:
Testing for the new driver has been done to ensure system stability across a large range of PCs. The RICOCHET Anti-Cheat team is committed to continued testing and iteration after launch.

Player-reporting will remain a critical element in all anti-cheat measures, so it’s important that players continue to report suspicious behavior they encounter online.

Another layer in the battle against cheaters is the evolving use of machine learning (ML). ML algorithms examine gameplay data from the server, helping to identify suspicious behavior trends, and add another layer of security as part of the overall RICOCHET Anti-Cheat initiative.

When RICOCHET Anti-Cheat launches, we intend to amplify its arrival, both in-game and by using our communication channels – our blog, social media, and other forms of outreach – to keep everyone informed.

The RICOCHET Anti-Cheat team’s commitment is the relentless pursuit of fair play, which is fought against the sophisticated issue of cheating.

We are dedicated and determined to evolve the RICOCHET Anti-Cheat System over time, fighting for the community against those that aim to spoil their gaming experience. For further information, click here.

Would you trust the Ricochet Anti-Cheat driver to NOT be monitoring your software applications when out of CoD as claimed? Share your thoughts in the comments below. 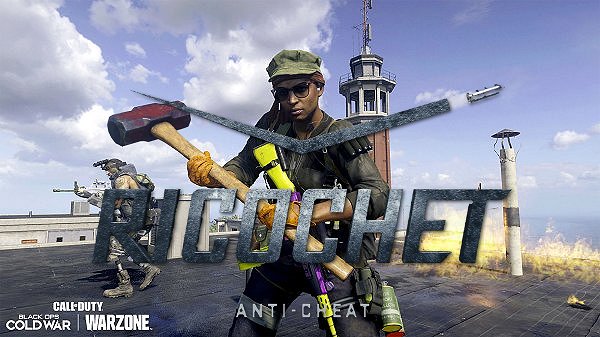 Senior Member
Contributor
Verified
You have to be a bonafide moron to let this garbage be installed on your system.

I don't care how benign or altruistic any company may come across, there are a dump truck of potential security risks by allowing this crap on your computer. Either by their hand, or the hand of someone who compromises them in the future.

Member
Contributor
Verified
Time to delete warzone from my pc, any kernel level anticheat is a big no for me.