Last year we saw the lengths Rockstar Games and Take-Two Interactive Software went to in attempt to Halt Game Modding, and most recently mainstream media sites including the BBC, Kotaku.com.au, PCGamer.com and TorrentFreak.com report that an Australian Federal court has granted a warrant (gtaorders-1.pdf) against alleged GTA 5 Cheat "Infamous" developers to have their homes searched and any assets pertaining to the case frozen or seized as evidence.

This comes just before the official release of their highly anticipated sequel Red Dead Redemption 2 next week on October 26th, 2018 sending a clear message against video game cheaters.

According to reports, the Infamous cheat (demo video below) allowed players who paid around $40 to generate virtual currency and use a 'god mode' invincibility feature which consequently went offline about six months ago.

Infamous 2.3.165 Trailer
Under the court order five individuals who were named as Christopher Anderson, Cyrus Lesser, Sfinktah, Koroush Anderson and Koroush Jeddian are now prevented from creating or using game cheats and are allowed only to withdraw money for modest living expenses from their frozen accounts.

Are copyright holders and courts taking this issue too seriously, or are these legal actions necessary against cheaters who often sell and profit from their software while ruining the fun for legitimate players?

Vote in today's POLL or comment below to share your thoughts on this concern, and also making rounds on Twitter today in an unrelated news of note: 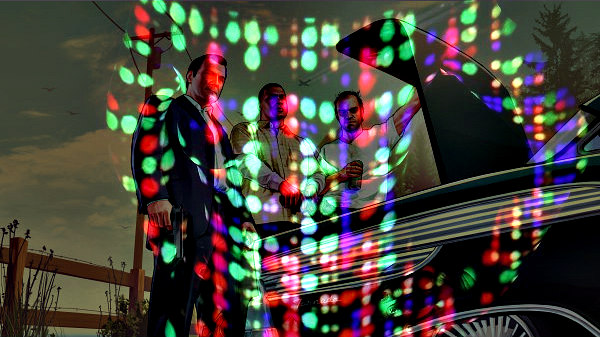 Senior Member
Contributor
I don't care what anyone says Rockstar and nobody else is coming to my home and taking my PlayStation or searching my PC over GTA mods.

Senior Member
Contributor
Verified
Well they are profiting so maybe but a search and seizure might be a little too much.

Member
Contributor
Well, I’ll never buy anything rockstar/take two related again. Between the forced overtime thing going around about rdr2 and this, it’s about as far from rockstar like behavior as you can get.

Senior Member
Contributor
OMG i want that portable ps2 anyone have his contact info... WOW!!!!

Cheating offline cool cheating online d ick move tho im totally against ingame currency and games leaving out content just to sell it too u later as a DLC is a d!ck move ...but its pretty sad they could face jail time for game modding lol someone better have soap on a rope as there butt is gonna be currency lol

Member
Contributor
Verified
I don't think take-two or any of there lawyers can come to your house and search. They are not the law. They come to your house with that scary letter does not mean jack besides if you don't let them do what they want then they will take further legal action.

Not sure about your country but where i live if take-two sent that to me and came to my house to put a hold on my money and take my computers i would tell them to stick it and then delete everything possible before they can get a real warrant.

I would probably be sued or something but I don't know. I would probably lawyer up to get some advice. They can scare you with a c+d and if that don't stop you then they can take legal action that could result in a warrant for the law to search your home. But only worry is being sued or copy right infringement which can be bad. Maybe more. Hard to say.

It seams a scary letter to you is enough to make most cheaters run for the hills. I think the few who was hit by rock star only got some light slappings. Semi-Freeze away your ill-earned money and promise to not buy or cheat rockstar games anymore. And if you do this then take-two will not take further legal action. A promise is all they could get as more legal action would cost take-two more than what its worth to deal with cheaters.

The freezing of your money is only a temp and you are still allowed to spend the money for any monthly cost you may have like rent and elec and so on. The money is not property of take two and they can not take the money. You are only letting them do all this to avoid legal action they do not want to pursue.

If the law does come and search your home. Then your probably gonna be fcked.

Now I doubt anything I said is completely right. I'm sure in some countries take-two can do more to you than other countries. But It does seem the letters i seen were written by there very good lawyers that would scare most ppl and not worth it to the cheaters to deny them what they want.

Know your rights before you mod, protect yourself!
Do some research to cover your butt in your country.

Member
Contributor
We’ll completely rewrite the Eula, as if it it wasn’t complicated enough.