PS Vita News       Thread starter PSXHAX       Start date Feb 17, 2017 at 3:19 PM       9
Today ponpo ran across a patent that leave some speculating as to whether Sony is planning on introducing a rumored PlayStation Switch type device such as a PSP Switch or PS Vita Switch similar to the Nintendo Switch.

The patent is from 2015, however, it has just recently been published according to IGN.

Would anyone be interested in a PlayStation Switch type device for both home and mobile PlayStation gaming, or would you prefer something like the Playbook 4 instead? 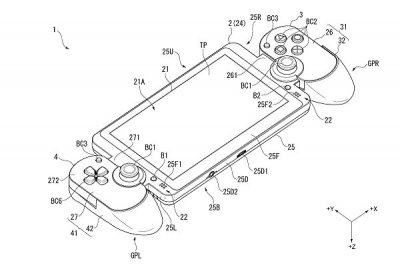 ​
Let us know in the comments below, and thanks to @Jeff and @LightningMods in the PSXHAX Shoutbox for the news tip! 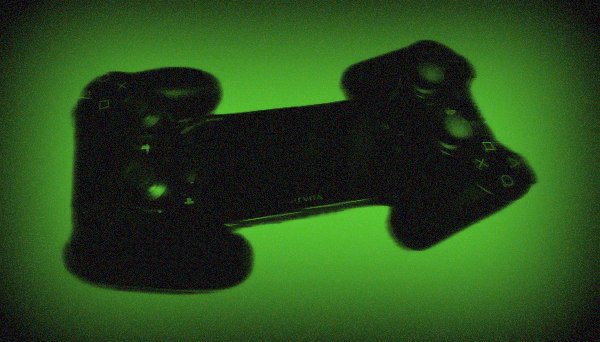 Senior Member
Contributor
A ps3 and a ps4 controller on each side???!!!

Some patents are introduced just to make a move against the competitors. Im sure when Sony saw the NSwitch coming, they make this fake alienVSpredator creature to do "something" about it and presented it as a patent... Fake patents are not new in this industry.

That photo looks like a fake mountage just to fill the patent, a device like that will never sell a single unit to rational people. Im sure i cant built something similar just whit my iron and duck tape.

Senior Member
Contributor
Verified
I would like to see a psp or a vita type thing again i modded the book out of my psp to have n64 and old type console emus which is awesome af but i think this is to close to the switch they need to "pull out" XD that and make something like the vita again that would be nice even though when i bought my only vita it froze up and i couldn't turn it off so i let it die and returned that b!tch. LOL

Developer
Senior Member
Contributor
where my credit for the news?

Senior Member
Contributor
Verified
I'm still waiting for the heavenly soul that will spread the News: "It is official guys! PS4's vulnerability has been Released for all eyes to see and hands to touch!" "Rogero CFW 4.x.x for PS4 is available for download. Links below." "Deank releases Multiman 4.x.x!"... You may say I'm a dreamer, but I'm not the only one ...

Senior Member
Contributor
Verified
It was in 2015. I don't think they go ahead with it. Maybe PSVista is the last one and never make portable one ? Don't know for sure.

Senior Member
Contributor
I don't think is some new console. What I think it is a custom case for a potentially upcoming Sony Android tablet. It's could be the xperia play 2; just as a tablet and not a phone. I do find it interesting that it surfaced 1 month before the switch comes out.
You must log in or register to reply here.
Share:
Facebook Twitter Reddit Email Share Link