It's been quite some time since the ScummVM Team's last release, but recently sev has updated their PS3 / PSP Emulator to ScummVM 1.8.0 dubbed 'Lost with Sherlock' with details below.

To quote from developer sev: ScummVM 1.8.0 "Lost with Sherlock" is finally there!

No, we do not want to make it a new rule to release ScummVM slower and slower! It has been many months since the last official release... but in that time, tons of work has been done, resulting in one of our biggest ScummVM releases to date!

ScummVM 1.8 adds support for ten new games using eight brand new game engines:
In addition to new game support, we've updated the MT-32 emulator to the latest upstream version of munt, and switched AdLib to Miles Audio for those games which originally supported it. This means games in ScummVM sound better than ever!

We've also overhauled the graphics subsystem in AGI, basically replacing it. As a result game compatibility with old Sierra titles is high as never before, and even includes platform-specific system dialogs, palette and font for Apple IIgs, Atari ST and Amiga versions of the games. Game speed for Apple IIgs is handled properly now. And it's even possible to switch to the looks of another platform.

New ports include GCW-Zero (yes, sev finally got one from the Kickstarter) and Raspberry Pi.

Also, along the way we have moved to a new server and added translation capabilities to our main website. If you'd like to help with translation, here is the link with the guide.

This list is far from complete. The more comprehensive version of it can be found in the release notes and the binaries for your platforms are available from our downloads page. The porters are still building their packages, so please be patient if you do not see the up to date download for your platform yet.

Don't get lost in the Labyrinth, and in the worst case call Mr. Holmes! (And we promise to release more often!) 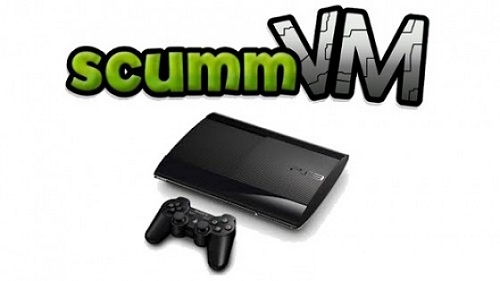 Here is a port of the excellent scummvm engine to the ps vita. The port is now in an usable state, and is working very fine on the vita. There's still a few things to improve (add touch support, flac support ?).

I really want to thanks Xavier from consoleX for sending me a free ps vita for development !

Staff Member
Moderator
Verified
Here is the latest ScummVM 2.0 emulator release with details below from their Blog and Downloads page, to quote:

Just in time for the holidays, the final release of ScummVM 2.0 is here! This version adds support for 23 brand new old games, including almost all of the 32-bit Sierra adventures:
There’s more than just new engines, too! Many existing games have been improved, a lot of work has been done to improve the overall audio and video systems, and some players will also enjoy improved joystick support and various small enhancements suggested by other users. A more complete list of changes in this release can be found in the ScummVM 2.0 release notes.