Seinfeld Reunion Video from Curb Your Enthusiasm by Topher Grace

In the episode it was taken from, Larry David agrees to reunite all of the old cast members including Jerry Seinfeld, Julia Louis-Dreyfus, Jason Alexander, Michael Richards, and Wayne “Newman” Knight onscreen.

From the video clip's description, to quote: "I edited all the Seinfeld scenes from Curb season 7 into one episode. It’s more like a radio play, but if you sew together all the dialogue from audition scenes, read-throughs and rehearsals together... a 9 minute hint at what the plot of a reunion might have been."


After watching the Seinfeld Reunion snippet, I think it did a great job portraying what Seinfeld would have been like after the series ended... and, it included a hilariously ironic finish... check it out Seinfeld fans! 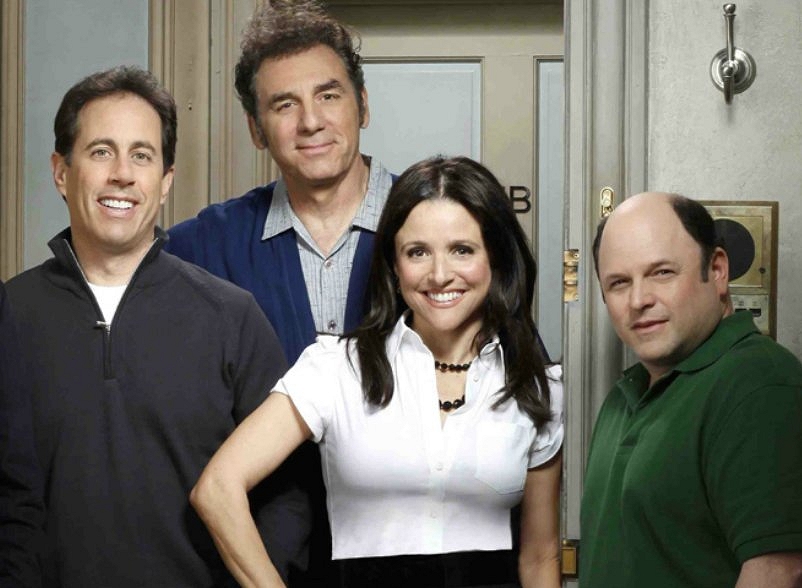 Senior Member
Contributor
Verified
Sweet, I was always thinking she is hot, bit too skinny but still

Staff Member
Moderator
Verified
Haha.. yeah, still it's nice to see a glimpse into Seinfeld with all of them being a bit older... like we all are now
You must log in or register to reply here.
Share:
Facebook Twitter Reddit Email Link
Recent Articles
PS4 Debug Watch App Port for 6.72 Firmware via Withmetta
Based on the Debug Watch utility by jogolden (Twitter) and the PS4Debug 6.72 Fork by GiantPluto (Twitter), recently I (aka withmetta) recompiled PS4 Debug Watch and got it working on PlayStation 4...
PS4 Syscon Loader Python Script for System Controller Files by SocraticBliss
Following the PS4 SysGlitch Tool and SysCon Glitching Pinout and his PS4 Unfself Tool, today PlayStation 4 developer @SocraticBliss is back with a PS4 Syscon Loader via Twitter tested with the IDA...
XNA RPKGMAN: XNA Remote Package Manager by Cypheron
Hey everyone, following PS4 PKG Sender v1.03 I have created XNA RPKGMAN: XNA Remote Package Manager which is a fully dynamic, lightweight package manager that only requires NodeJS/NPM and runs on...
Bad_Hoist PS4 Toolchain Porting Guide for Unsupported Firmware by Sleirsgoevy
Proceeding his PS4 ROP 8CC Port, Bad_Hoist 6.72 PS4 Webkit Exploit Port and preliminary Checklist to Port the Toolchain, today PlayStation 4 developer sleirsgoevy updated his Github repository...