Download:
Currently it's only a PS3 BETA Package with other alternatives including a PlayStation 3 v4.82 OFW PSN Guide available, and from his Tweets below to quote:

SEN Enabler [v6.0.5] [BETA v2]
Please report me any issue and if all is working fine. Thank you

Improvements v6.2.0
New version 6.2.0 released after one month of hard work and a lot of tests in all supported CFW, this time i tested it myself in CEX and DEX.

The most important update is about Cobra, all SEN Enabler's Cobra stages have been updated to 7.55 and uploaded to my Github account, feel free to download or update it and thanks to everyone involved updating Cobra.

PS3/PSX/PSP/PS2 ISOs must work without issues, if PS2 ISOs doesn't work with old/new stage2 maybe you need to update ps2_emu.self, ps2_gxemu.self, ps2_netemu.self, ps2gxemu_stage2.bin and ps2hwemu_stage2.bin, here are the files, just choose the ones corresponding to your version: [B]PS3 Flash [ps2emu][/B]

Patch syscalls/IDs/XMB modes are now firmware independant, you can use it on newer CFW without waiting to new version with support, but CFW spoof and all related will be unavailable until i add support to avoid issues.

Syscall and IDs patch modes have been removed, they are unnecessary.

SEN Enabler plugin is now completely firmware independent, all options will work in any version.

Syscall and IDs patch modes have been removed too, and replaced with Patch IDs on startup and Disable syscalls on startup, these options works with Patch files, it depends on the option chosen will search in USB or internal HDD, with HDD option will search in /dev_hdd0/game/NPEA90124/USRDIR for ConsoleID.txt, MAC.txt and PSID.txt, you can import these files with Import patch files option in SEN Enabler settings menu (Page 2).

Flag files have been removed too, with the new two options are more than enough.

Improvements v6.2.7
Remember to use Charles Proxy now along with SEN Enabler and block three URLs (you can add more if you want), this software will minimize ban risk, but a ban is not 100% avoided on CFW. Block all these URLs on Charles or similar:
Spoiler: Related Tweets 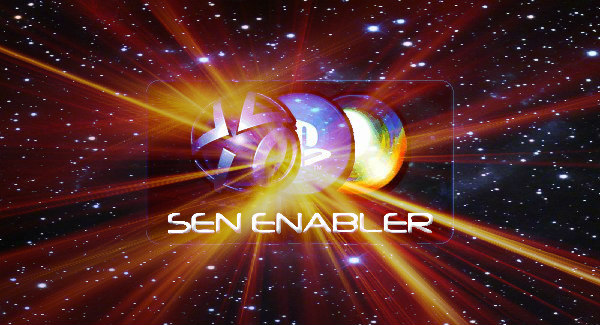 Staff Member
Moderator
Verified
You mentioned you're currently on Rebug 4.8.1, so if you wanted to Enable QA you would navigate to Package Manager > Install Package Files > PS3 Hard Disk and install Rebug Toolbox.

Then launch it under the Game column, go to Utilities and change Toggle QA Flag to Enabled.

If QA Flag was not enabled then Rebug's (or Rogero's) 999 Downgrader will set the PS3's Syscon CoreOS version to 9.99, which according to their page requires dehashing afterwards:

From XMB install ‘999’ DOWNGRADER over any firmware version CFW/MFW with spkg sig check patched on a PS3 with or without QA enabled.

UNINSTALL/DEHASH: REQUIRES PS3 TO BE QA ENABLED
From XMB ‘999’ DOWNGRADER can be uninstalled/dehashed with the REBUG 3.55.x REX EDITION or from Recovery Mode with any other 3.55 OFW/CFW/MFW.

The related files are available from their site downloads, and if you're on Rebug 4.8.1 you can also update to Rebug 4.8.2 CFW.

This thread is mainly for SEN Enabler, so if you get stuck I'd start a topic in the PS3 Help section as more people will see it there since I'm not into PS3 myself these days (sold mine years ago to get a PS4).