Shadow of the Colossus Special Edition and PS4 Pro Enhancements

Category PS4 News       Thread starter PSXHAX       Start date Dec 9, 2017 at 10:00 AM       5,604       3
Experience PS4 Pro enhancements showcasing how the legendary title Shadow of the Colossus has evolved from PS2 to PS3 to PS4, and with the official release date quickly approaching this February 6th today Sony revealed a Special Edition box set alongside new 4K Screens and a 60 FPS Performance Mode and Cinematic Mode PSX 2017 video below!

To quote from JAPAN Studio Executive Producer Yasutaka Asakura on their latest update:

Though we have repeatedly confirmed that Shadow of the Colossus on PS4 is a full, ground up remake of the all-time classic, it is a fact that is harder to communicate via text or stills. To make it more clear, we have created a comparison video, which you can watch above, that shows the amount of work that has gone into this project to fully leverage the horsepower of modern gaming consoles.

Shadow of the Colossus PSX 2017: PS4 Comparison Trailer
For the first time, we are also happy to confirm that PlayStation 4 Pro users will benefit from two play options:
Shadow of the Colossus has never looked this good, or moved with this much fluidity. To give you more information about the PS4 Pro enhancements, check out this video feature: 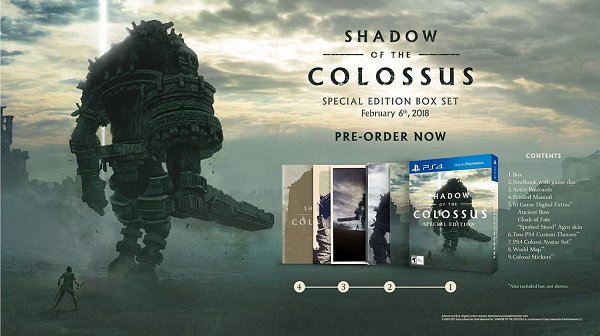 Shadow of the Colossus is as much a prized part of our library as we hope it is yours, and so we wanted to make something special for you, its fans. The Special Edition will also be available on February 6th with an MSRP of $49.99. 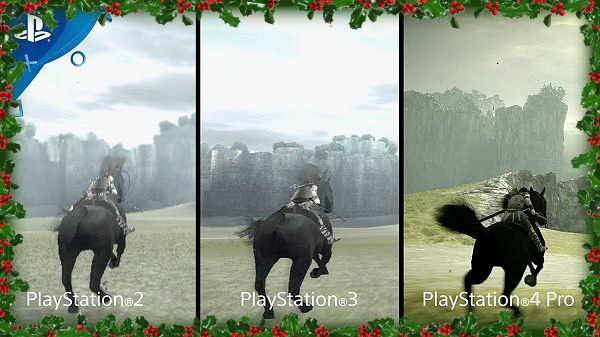 Senior Member
Contributor
Verified
I dont care about PRO.. DONT DARN CARE ABOUT PRO. I am happy with PS4 anyway.

Senior Member
Contributor
my gaming pc ..which i never ever ever game on beats ps4 pro graphics