While it doesn't require the Beta PS5 Firmware Update rumored to arrive by the end of this month, in PlayStation 5 News today according to several reports including GamingIntPhoto1 and Okami13_ on Twitter some regions are now able to upload videos and screenshots directly to PlayStation App as Sony gradually rolls out the feature.

To quote from WhatIfGaming.com: "Previously, one would have to make a burner PSN account and send the image or clip to that account which can be accessed on the PS App, or set up a Twitter account, but now those days are behind, at least for PS5 users.

This PS5 Scene news comes following a Sony SVP Interview last fall where accessing the Share Screen through their PS Application was discussed alongside a PS4 Remote Gallery Tool last month... if anyone with access gives it a try you can share your feedback in the comments below! 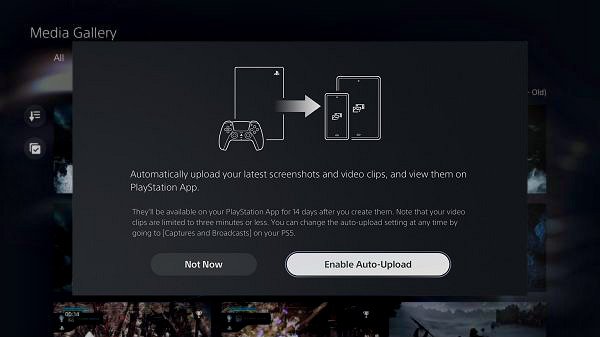 Senior Member
Contributor
Verified
This feature has been enabled for at least a month in North America (in Canada atlest anyways) kinda weird it would leave out USA.

Should also note these only last the last 14 days, so things will cycle and not everything will be available all at once.