PS4 News       Thread starter PSXHAX       Start date Aug 23, 2017 at 1:23 AM       2
With Gamescom 2017 officially underway and running though August 26th things are heating up including the arrival of the first Shenmue III PS4 teaser trailer video and screenshot gallery courtesy of Yu Suzuki below!

It's built from a small slice of an in-development build of the Shenmue III game, and delivers a glimpse into the new look of main characters, new characters and overall feel of the Shenmue world.

Also for those following the PlayStation 4 scene, be sure to check out the PSXHAX Shoutbox message of the day (MOTD) today for some new PS4 dev stuff.

To quote: To coincide with Gamescom 2017, we are happy to share the news that we have inked a publishing partnership with Deep Silver! From the early days on the project, the team at Deep Silver really impressed me with their deep passion for the series and their desire to work with us to deliver a proper sequel that all fans will love.

To celebrate the news, I would like to share with you a teaser video built from a small slice of an in-development build of the game. As you will see, the latest chapter in Ryo and Shenhua’s journey begins with a beautiful set piece in China.

You’ll also see that we’re aiming to significantly upgrade the game’s visuals, and you may also notice a new character during that quick glimpse of our new battle gameplay.

I’m pleased to be able to offer a small peek into what we’ve been building thus far, and I am looking forward to the opportunity to show you more as we get closer to our 2018 release. 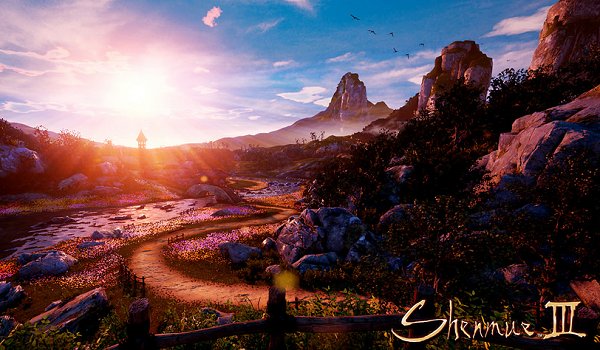 Maybe i'll retry 2 on my xbox, but whit no time to play i think it will be a heavy experience. i dont know...

This is a game i put it in the same bag among Deus Ex, Half-life, Doom and a few others... you have to play them once in your lifetime.