Today we have a few demo videos, the first being a Single User Shooting Game from the Sony PS4 *** leak (removed) running on a TestKit courtesy of PS4 developer @MrNiato on Twitter who states the following about it in the caption to quote:

"This is a Simple Shooting Game from Sony's *** which is.... fun to play but laggy. I won't give download link sorry."

The other demonstration video comes from PS4 developer @GrimDoe in the forums HERE, which is a MK XL demo running on PS4 4.05 OFW showcasing the Debug Menu... check them both out below!

Today I bring you a C# library which allow you to code easily your RTM tool for PlayStation 4. This library include the PS4Lib by BISOON but also include something new like an addresses library.

In this Library you will be allow to put your own offset and bytes like you can see on the pictures so it will be very easy to code your tool and share your offsets with the rest of the community. I share this project in open source and I have included a sample to help to understand how it work. You can create the most complete library for your RTM Tool, I left some example on the library like the offset I use on BO3 1.23 & 1.26.

You can also grab offsets from .cht files and include them in the library to code your own tool.

Some code to help you :

Connect to the PS4 : 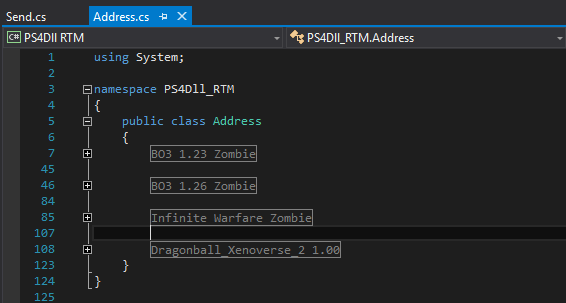 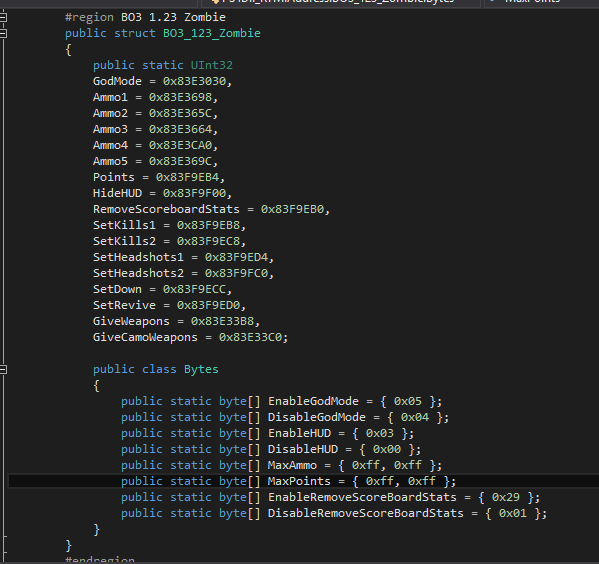 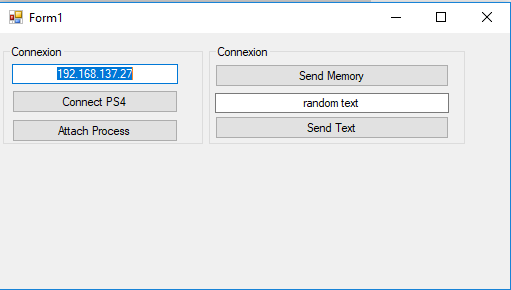 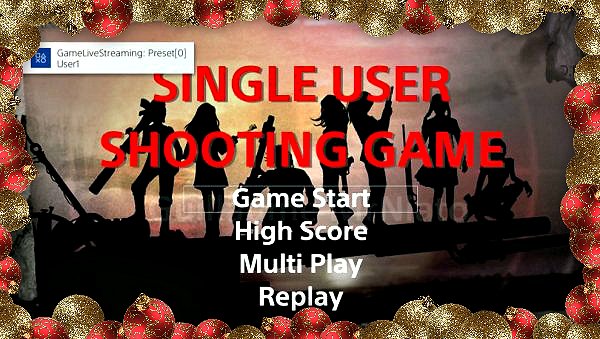 Senior Member
Contributor
Wow u got a game running and a PKG installer. That's awesome.

Developer
Senior Member
Contributor
Verified
In My Video
That is The Need For Speed Rivals Game Update 1.03 PKG. File Installed it and It Works Great!

Member
Contributor
might be getting ahead of myself.. but, cant we spoof fw like ps3 to enable online play and also current update patches for games/VR?

Staff Member
Moderator
Verified
Some of these questions are detailed in the quick FAQ I posted a few days back... worth a peek

GrimDoe said:
In My Video
That is The Need For Speed Rivals Game Update 1.03 PKG. File Installed it and It Works Great!
Click to expand...

Wondering that nobody was asking: you say nfs update and we see mkxl ... Mistake? Or did you modify the pkg content and swapped it with the mkxl files with the recent keys or something similar?

Member
Contributor
Verified
Aaah ok thanks! So am I right with the following assumptions: In your mkxl update video, the console is on v4.05?

And you have installed mkxl from bd and then installed the update using the kernel exploit and debugsettings payload and installed the regular mkxl update package that usually would like to have firmware 5.03 but it is still running on 4.05?

Would be great to know

I built the Shooting Gallery Sample from DevKit and thought I would post it for ya'll since I haven't seen it spread around much. Only works with later HEN versions, may have issues with earlier ones. Enjoy!