According to his Tweets below, the new SMS Emu with PSP Emu for PS4 features 60 FPS, full screen and includes all the options of the new PSP emulator... allowing PS4Scene users to create a Sega Master System emulator complete with your own ROMs compilation for PlayStation 4 consoles that are Jailbroken.

Below are further details on the SMS 2 PS4 V1.0 Batch Script from his release post on Logic-Sunrise.com, roughly translated to quote: Master System Emulator v1.1 (PSP) on PS4

Indeed, thanks to Sony's new PSP emulator, I was able to recompile an FPKG with SMS+ PSP, thus improving the compatibility of Master System ROMs on PS4, the latter now running at 60FPS without lag (which was not the case with V1.0).

The emulator is not native and dependent on the PSP-PS4 emulation but thanks to this, it benefits from the options of this official Sony emulator (modern graphics mode, fast rewind, live saves, etc.) which for me is a plus compared to other native or non-native Master System emulators...

To facilitate the injection of your ROMs, I do not publish the SMS+ PSP FPKG but a .bat script which will allow you to create this famous FPKG (Emu_Master_System_v1.1(PSP).pkg).

And in order to simplify things as much as possible, you only have 2 things to do... place your ROMs in the GAME folder, launch the script and launch option 1... NOTHING else, everything is automated... Full set is possible 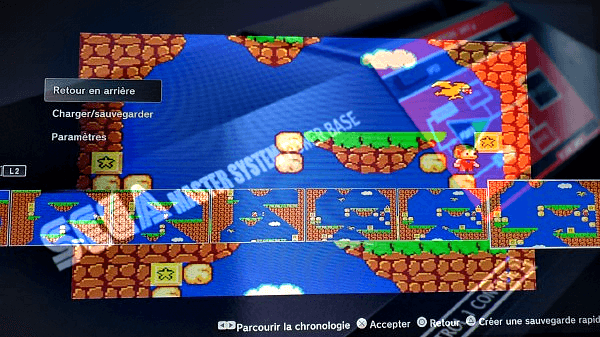 Staff Member
Moderator
Verified
The last updates on the RetroArch PS4 (Official) version from this past May are posted HERE, however, until it's released there are the PS4 RetroArch (Unofficial) PKGs available.

Senior Member
Contributor
Verified
Got an error after the splash screen, has anybody got it working? Thank you