All the deets are below courtesy of PlayStation Canada's General Manager Ryan Hassan, to quote:

The NHL 20 PS4 Pro Bundle comes to Canada September 13 for $499.99 CAD (MSRP), and includes a PS4 Pro console, a matching DualShock 4 Wireless Controller and a copy of EA SPORTS NHL 20.

There are also over 45 new shot types that make every attack a threat and new passing and puck pick-ups that create faster, fluid gameplay at full speed.

Along with all-new broadcast visuals and commentary, and more than 1,100 new customization items for your club and character, your biggest goals look incredible during the action and in the highlight reel.

HUT Squad Battles features weekly teams, built by athletes and artists, to challenge for unique rewards. The fan-favorite ONES can now be played with friends on the couch, and the all-new Eliminator mode in World of CHEL introduces a winner-take-all competition where you and your friends compete to be the best in the barn. 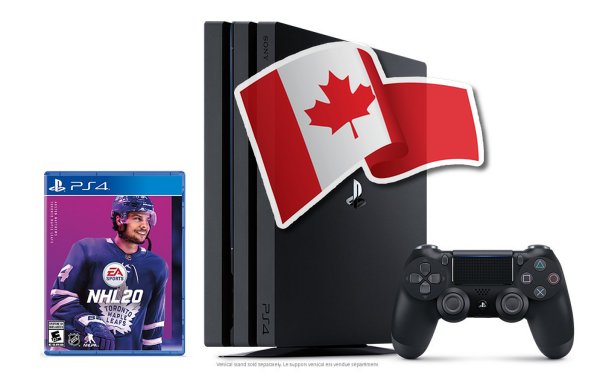