It's been just over 2 years since the last Full PS4 Jailbreak was publicly released, and as some PlayStation scene devs shared optimistic Tweets that if more homebrew is made they may work on a new jailbreak while others alluded that one may surface after the PS5 Release this Holiday 2020 with today's PlayStation Bug Bounty Program announcement by Sony offering rewards starting at $50,000.00 for critical PS4 vulnerabilities the proverbial PS4 Jailbreak question ETA WEN? may soon become ETA Never as $ony pays off hackers for disclosing new exploits to be patched.

Following Microsoft's XBox Bounty Program launch, that could mean only those who already own or are still able to Locate a PS4 5.05 / 5.07 Jailbroken Console would be able to enjoy recent advancements in the PS4 homebrew scene including the OpenOrbis DevKit PS4 Library Ports, Mira Project PS4 Homebrew Tools and the OpenOrbis PS4 Toolchain with a reduced chance of seeing a Future PS4 Jailbreak Exploit being publicly released.

Of course not all scene hackers do it for financial reasons (such as monetary gain) so $ony's latest tactic may not sway their motives, there are some who may decide to profit while discreetly releasing their findings anonymously... and as the PlayStation 3 scene taught everyone depending on the severity of the hack it may not be patchable and would require a new hardware revision to fix the exploit.

At PlayStation, we are committed to providing gamers all over the world with great experiences. I’m happy to announce today that we have started a public PlayStation Bug Bounty program because the security of our products is a fundamental part of creating amazing experiences for our community.

We believe that through working with the security research community we can deliver a safer place to play. We have partnered with HackerOne to help run this program, and we are inviting the security research community, gamers, and anyone else to test the security of PlayStation 4 and PlayStation Network. Our bug bounty program has rewards for various issues, including critical issues on PS4. Critical vulnerabilities for PS4 have bounties starting at $50,000.

To date, we have been running our bug bounty program privately with some researchers. We recognize the valuable role that the research community plays in enhancing security, so we’re excited to announce our program for the broader community.

We have carefully considered what issues will be in scope at this time. You can find more information about the exact details of the program at our HackerOne page.

At the PlayStation Hacktivity link above you can see which PS4 scene devs cashed in on their findings recently... for example, over the last 6 months theflow0 (Twitter) who noted "don't update past FW 6.20 if you want a kxploit" made $10,000.00 while @Octopus (aka oct0xor on Twitter) who previously shared a PS4 Registry Editor and Viewer and detailed Sony PS4 / PS3 Blu-ray Disc Drive Internals & Security at the 36c3 Talk in his Livestream segment made $75,000.00 from PlayStation in the following transactions:
It appears the PlayStation scene has evolved from unloading Re-DRM dongles on users to selling exploits back to $ony to keep their video game consoles secure. 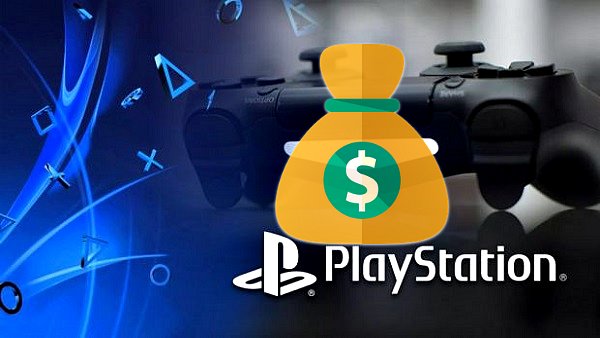 Member
Contributor
Verified
no, Sony, no!!

Staff Member
Moderator
Verified
That wouldn't surprise me actually, as apparently there's at least one coldboot exploit being held until the PS5's release to see if it's still vulnerable or not.

Senior Member
Contributor
Got the same opinion than @Amanuel
Any known bugs may be useful to keep PS5 more save, so now it's their last chance to get some out of the community before PS5 will come out.

And maybe afterwards they do not really care about higher chance that PS4 kexploit will drop, due to the fact that they already know the vulnerability and can fix it.

Senior Member
Contributor
Verified
Generally, exploits are released after company has been notified and has been patched. This would be incentive to keep looking and release new exploits instead of sitting on 1 exploit for months until it is patched.

Staff Member
Moderator
Member
Verified
@Amanuel, while your reasoning is most likely on point, do not forget, a system with no vulnerabilities simply does not exist

Senior Member
Contributor
Verified
Good job Sony.
This means no future jailbreak. As all the dev's are in silent mode